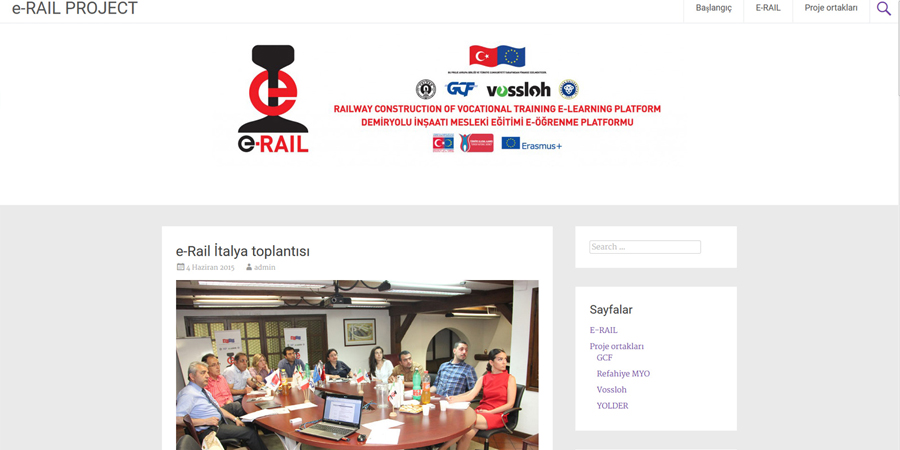 Erasmus+: stops off at GCF's main offices in Rome

Stop-off in Rome, at GCF’s Head Offices, for the "E-rail" project funded by the European Erasmus+ programme.

A large delegation from Turkey met representatives of Italian partner GCF SpA for an in-depth exchange of information about the special features of the national railway system.

The two-year "E-rail” project, funded by the European Commission with to the tune of 171,000 euros, seeks to encourage cooperation for innovation, exchange of good practices and the creation of an E-learning platform for professional training in the railway sector.

Partners include Yolder, a Turkish NGO based in Izmir as project coordinator and itself boasting more than 1,000 members active in the railway sector, the Turkish University of Erzican in cooperation with TCDD (Turkish National Railways) for training and qualification of railway sector personnel, GCF - Generale Construzione Ferroviarie SpA for Italy and the German company Vossloh.

The meeting was an ideal an opportunity for deeper analysis of the regulatory issues involved in the Certification System in Italy, the reference standards for the rail transport sector and specific dispositions governing infrastructure operations in Italy itself.