The "Ivan" tunnel is to be restored soon 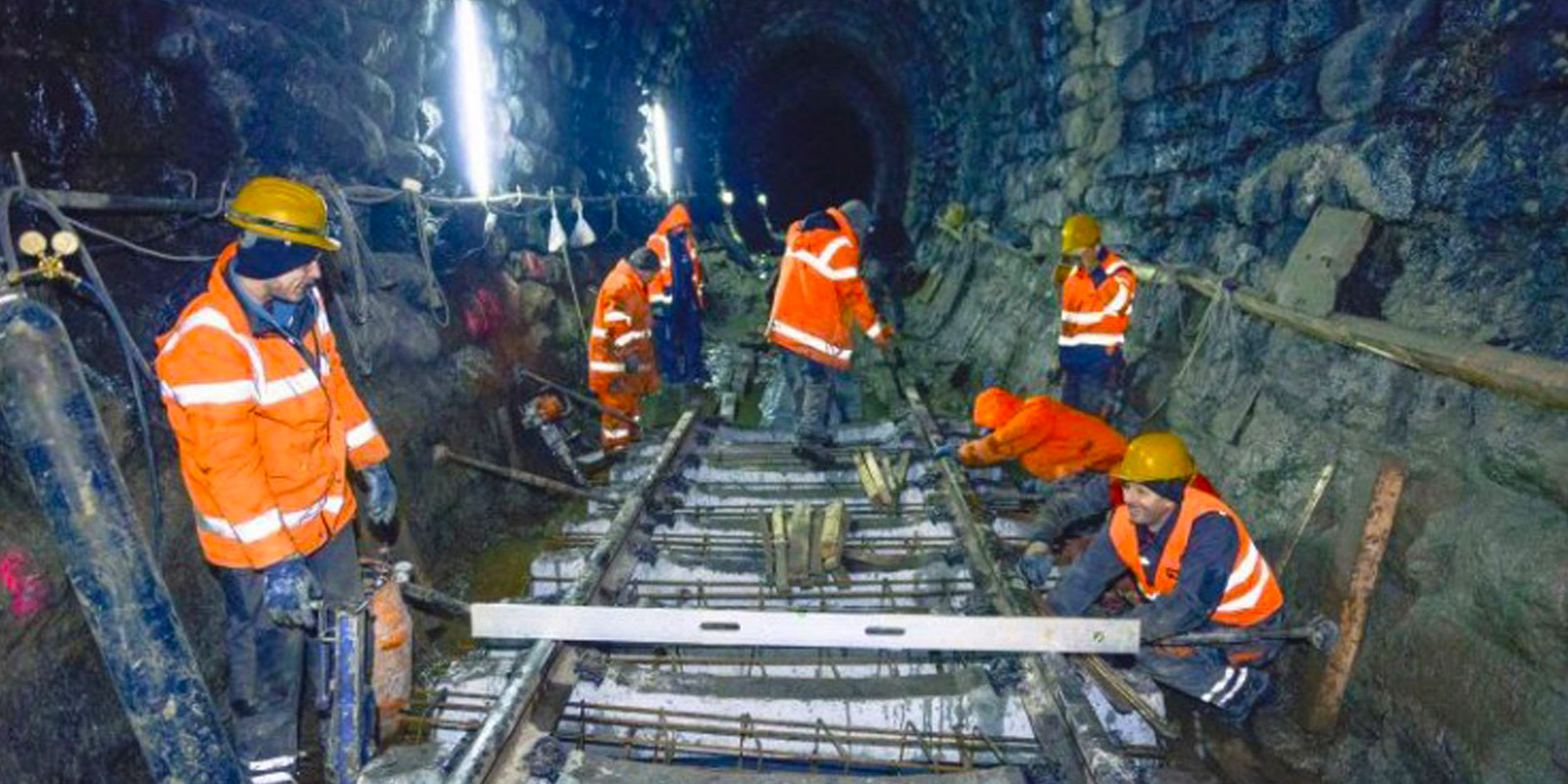 GCF sites in Bosnia to solve a "historical" problem

With the onset of renovation work on the "Ivan" tunnel, GCF - Generale Costruzioni Ferroviarie is tackling the most complex part of the railway superstructure work on the Sarajevo-Bradina railway line, along the Corridor V linking the capital with Mostar.
The news hit the headlines in recent days in all Bosnian media: there has been a 50 year wait for track renewal in this historic tunnel which, given its characteristics, has always been a 3 km long "bottleneck" in that rail traffic has to travel at barely 20 km/h.

"The railway renewal section including this tunnel - said GCF Project Manager, Roberto Accinelli - undoubtedly presents rather special difficulties. The stone tunnel is only 3.60 metres wide and suffers from considerable water infiltration levels. These factors meant that we ultimately opted to lay the track on a concrete platform".

GCF’s site in Bosnia also includes the complete reworking of the Electric Traction Line. Work on the entire Sarajevo-Bradina railway section is scheduled for completion by July 2016, and will adapt rail traffic to the European standard of 120 km/h.

The Sarajevo-Bradina railway section along Corridor V to Mostar is an historic line that for 125 years - despite difficulties caused by the mountainous morphology - has ensured connections between the countryside and the sea. This section is 39 kilometres long and includes as many as 19 bridges and 11 tunnels, including the 3 km Ivan tunnel. Work to remedy the narrow Ivan tunnel has been on the waiting list for 50 years. The development of appropriate design solutions took involved as many as ten years of discussions with major European engineering studios, which came up with more than 13 possible approaches.

The renewal of the railway line, for which GCF is employing more than 100 Italian and Bosnians staff, will have a positive impact not only on tourism but also and especially on the industrial competitiveness of Bosnia and Herzegovina, since some the its largest companies are located in the area around the capital.