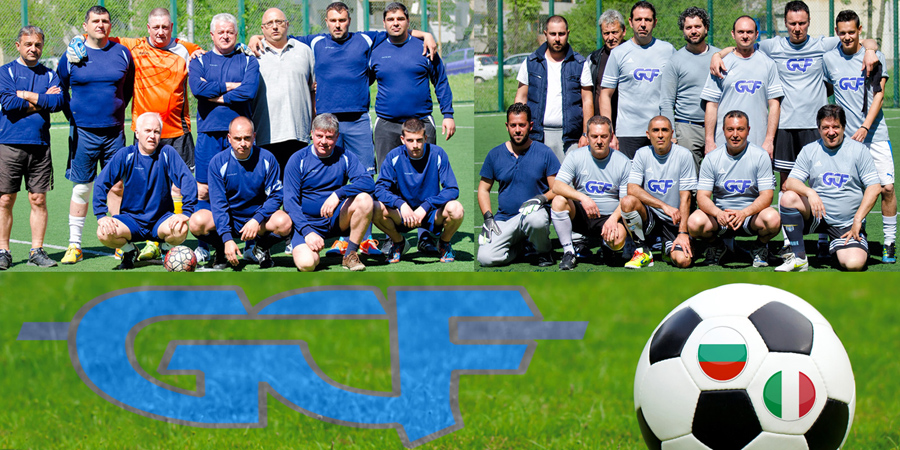 When football works as a team, off the field too

A passion for football! Against the background of the 2016 European Championships, the Italian and Bulgarian "national" teams will kick-off an exclusive friendly match. GCF - Generale Costruzioni Ferroviarie and NKJI, the Bulgarian National Railways Company, have organised the game in Burgas with teams representing their delegations.

"It has become an established tradition for us to get together on a football pitch as well as on railway construction sites as a way to stimulate and strengthen bonds and relationships that, in turn. help promote teamwork on the railway lines".
Raffaele Forcella, GCF’s project manager in Bulgaria, highlights the spirit and values of these matches held for some time in alternation on pitches in the shadow of the Colosseum and the shores of the Black Sea. No trophies, no medals and not even too much concern over the final result (although it does seem that there are more "away wins"... perhaps to ensure fine hospitality at all costs?). After the final whistle, handshakes and memento photos followed by lunch where Italians and Bulgarians are colleagues rather than opponents.

GCF became involved in the renewal of the Plovdiv-Burgas railway line in September 2011.

"Since then - says Giuseppe Brecciaroli of GCF’s Rome headquarters - joint teams of Italian technical staff and Bulgarian employees have redeveloped the entire line (292 km) to modify the radius of curves to allow speeds up to 160 km/h. Railway infrastructure work was also flanked by tasks involving the overhead catenary system, sectioning points and signalling and telecommunication systems. Lastly, 19 stations and stops were also modernised through various civil works".

The project is by now close to completion. The objectives attained by this railway renewal project, over and above the technical and environmental aspects inherent in the line, equally embrace a far from merely "collateral" result: the creation of a solid and skilled site team ensuring "great teamwork" even thanks to these friendly matches.