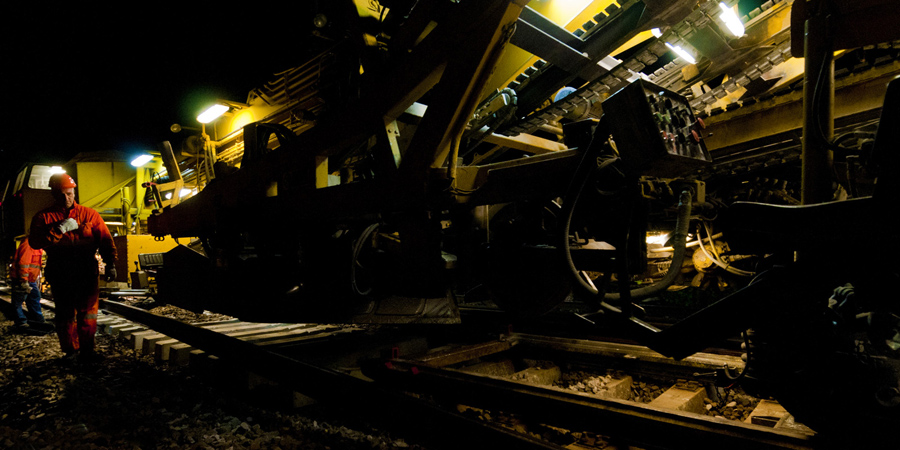 GCF - Generale Costruzioni Ferroviarie is about to complete renewal work for Ferrovie Nord on the Brescia-Iseo-Edolo railway line.
"A step towards the future for this important line," was the comment by newspaper Brescia Oggi that dedicated an entire page to the “imposing" and fascinating construction site, emphasising how renewal work achieved "a record in terms of both timing and efficiency for the complex task of replacing tracks and sleepers without interfering with circulation".

And precisely to avoid impact on rail traffic along the only single-track line linking Brescia and Edolo after skirting around Lake Iseo, GCF set up a high efficiency night-time site. A relatively "minor" site in terms of length but certainly not in terms of the performance and quality of the task implemented by the GCF team.

"80 workmen were involved every night,” said Site Manager Giovanni Cucchi. “While there was no rail traffic, with a dozen machines in operation, such as the Matisa P 811 S renewal train, the B50 tamping system and the R 21 profiling machine. In this way, we were able to achieve productivity of 800 metres of renewal work every night, replacing sleepers and rails and resetting the upgraded segment so that it was ready every morning for use by trains.”

Three weeks of shifts, from 11.00 pm to 4.00 am. The poorest stretch of line, from Govine di Pisogne, just beyond the Lake, as far as Artogne was completely renovated, thereby increasing the maximum speed allowed for railway convoys by 50%.
"We are now ready,” concluded Cucchi, “to launch the stage involving complete replacement of crushed rock ballast. We will have finished it all by Christmas.“