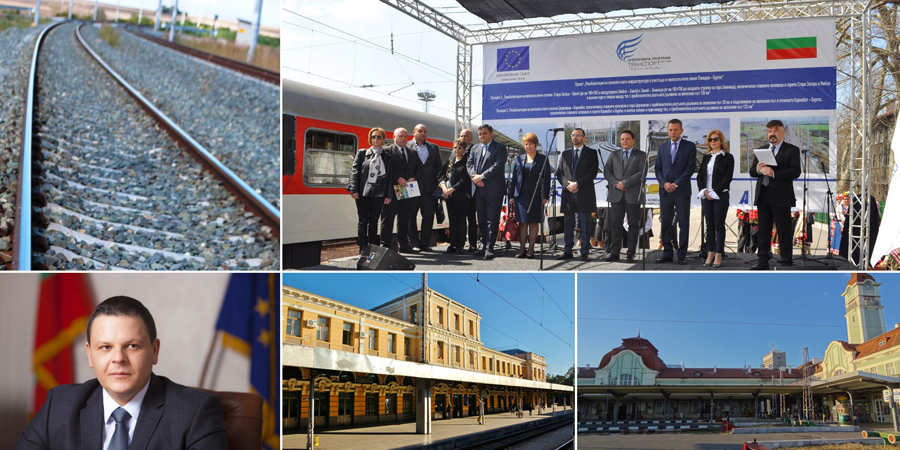 Opening of the Plovdiv-Burgas line rehabilitated by GCF

The project lasted six years and involves 292 km of completely redeveloped railway line. "A strategic project and a vitally important achievement for the whole of Bulgaria": the Bulgarian Minister of Transport, Hristo Alexiev, had this to say when he opened the Plovdiv-Burgas line which has been completely renewed by GCF.

The official ribbon cutting ceremony held a few days ago marked completion of the Bulgarian site which GCF (Generale Costruzioni Ferroviarie) with its partners, SK 13 and Trace Group, began in February 2011.
"We are proud to deliver a project that is so important to the development of the whole of Bulgaria", said the GCF President, Edoardo Rossi, who thanked everyone who had helped to complete the task and emphasised in particular the "precious, extremely valuable support" provided by the Minister Hristo Alexiev when he was Project Director.

The Plovdiv-Burgas line: some figures

The Plovdiv-Burgas railway line, which is part of Corridor VIII of the Trans-European rail network (TEN-T), is 292 kilometres long with 139 kilometres of single track and 153 kilometres of double track.
It connects Plovdiv - the historic capital of Thrace which, with its 340,000 inhabitants, is the second largest city in the country after the capital Sofia - with Burgas, the fourth largest city in the country with 200,000 inhabitants that is, as its Mayor Chanka Koralska said, "an important transport hub with its port on the Black Sea, its airport and its railway station."

The project for the renewal of 120 kilometres of railway line and the rehabilitation of 172 kilometres where the ballast has been replaced and consolidated is divided into three lots.
In addition to important work on the railway infrastructure - with a modified curve radius to adapt the line to speeds of up to 160 km/h - the overhead line, sectioning posts and signalling and telecommunications systems, GCF has also modernised 19 stations and intermediate stops with civil works.

The project for rebuilding the Plovdiv - Burgas line has been financed by the EU Cohesion Fund (Priority axis 1 of the Operational Programme Transport 2007 – 2013) to encourage development of the main railway infrastructure, adapt it to EU standards and integrate the national transport network with the EU network.

Speed increased from 80 to 160 km/h in line with the standards established by the EU for Trans-European Transport networks.
Increased safety on the line.
A reduction in future railway infrastructure maintenance costs.
A reduction of approximately one hour in travel time: it has been estimated that this reduction, on an annual basis, is equivalent to a saving of 4.65 million euros.

"Overall", the Director of the Bulgarian Railways, Krassimir Papukchiyski, said at the opening ceremony, "the project will lead to a 14% increase in passenger traffic and cargo carriers with positive results for the economy in the entire region, the petrochemical industry and the textile, agricultural and tourism sectors. For this reason, I would like to congratulate GCF and the construction companies for their excellent work."

"Thanks to the completed projects", the Minister Aleksiev concluded, "Plovdiv is now set to become a first-class logistical centre for business and commerce." 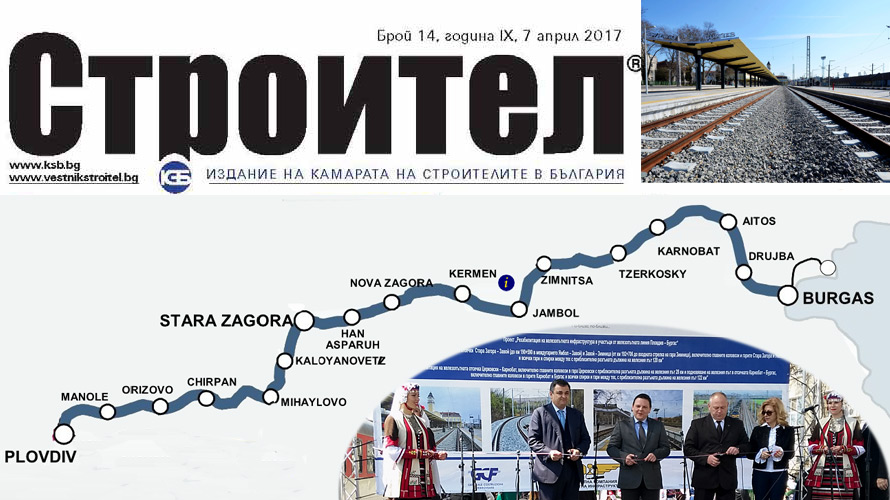