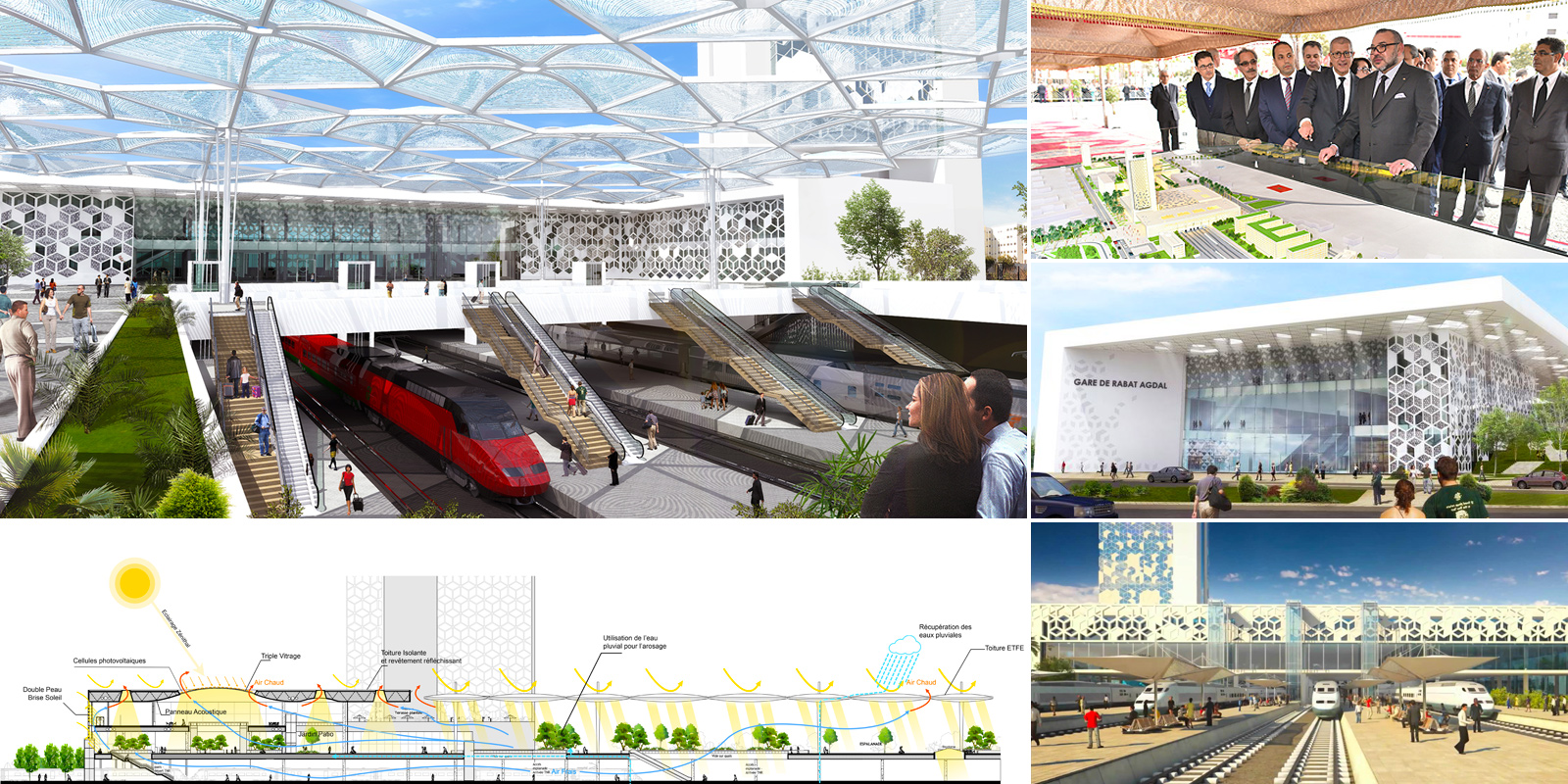 GCF in Morocco - where development begins with railway stations

GCF began work on the new Rabat-Agdal railway station at top speed and with excellent performance. The project, which was inaugurated on March 7 2016 by His Majesty King Mohammed VI, is one of the most high-tech in Morocco. It joins the construction project for the new Rabat-City station and the launch of the Kingdom’s first high-speed line and symbolises the process of innovation and modernization set in motion and implemented by the Sovereign.

Rabat-Agdal Railway Station (550 million dirhams: about 50 million euros) will be a connecting station bridging the northern part of the city - the Akkari district and the new setting for Rabat - and the southern area with the Agdal quarter. Civil works - involving the construction of a new three-storey Passenger Building of about 23,000 sq.m. - were carried out by TGCC, a leading Moroccan company; the entire range of technological works were entrusted by ONCF (Moroccan Railways) directly to Generale Costruzioni Ferroviarie, which started work in recent weeks.

As the Site Director of GCF, Maurizio Simeone, explained: "In June, TGCC was obliged to bring forward the delivery times for civil works, which virtually halved the period initially envisaged for GCF to access the building and move the rails of the two main tracks." The operation - made even more difficult by the impossibility of delivering materials and supplies from Italy in advance - was accomplished incredibly quickly overnight between June 17 and June 18 (Track 1); Track 2 was also moved under the new passenger building overnight between 23 and 24 June. Two other tracks were moved on the nights of 3 and 5 July.
"In practice,” Mr. Simeone went on, “thanks to the professionalism and abnegation of our staff we were able in just two weeks, working almost always at night, to demolish, lay and connect more than 4 km of tracks; we also demolished, equipped, installed and connected more than 4 km of overhead lines.”
The performance of the GCF was greatly appreciated and highly praised by top management at ONCF. In fact, Director General Mohamed Rabie Khlie is directly involved in the management of works given their status of national importance.

The new, elegant and modern Passenger Building has three storeys: the ground level has the the platforms, entrances, ONCF offices, technical premises and the Lounge of Honour; the main square and its bridge will be home to the ticket offices, waiting rooms, shops, the Important Passenger Lounge and access to the platforms. The +1 level will have the food-court, shops and station services.
Optimal insertion of the future station into the urban area was achieved through facilities and outdoor spaces measuring 70,000 square metres envisaging the creation of a square to the north on Avenue Hassan II with a multimodal junction (taxi, bus and tram), a second access point to the north of the railway station and a square to the south on Boulevard Ahmed Cherkaoui.

This project is intended to handle 30 million passengers a year (compared to 7 million today) and will be accompanied by the implementation of an urban redevelopment plan at railway level and the creation of a multi-service centre with mixed facilities (offices, shops and hotels).
Together with the new Rabat-City railway station, it is the heart of the city’s integrated development program 2014-2018 named "Rabat, Ville Lumière, Moroccan Capital of Culture" - and reflects the King’s determination to accompany the process of urban renewal and modernization while also strengthening inter-city mobility.
The two projects, that accompanied the commissioning of the Kingdom’s first high-speed line, will help regulate the growing flow of passengers by offering them services that meet high quality standards, improve the operation of both stations in terms of visibility, accessibility and organisation of facilities, as well as create new urban dynamics around these next-generation stations. 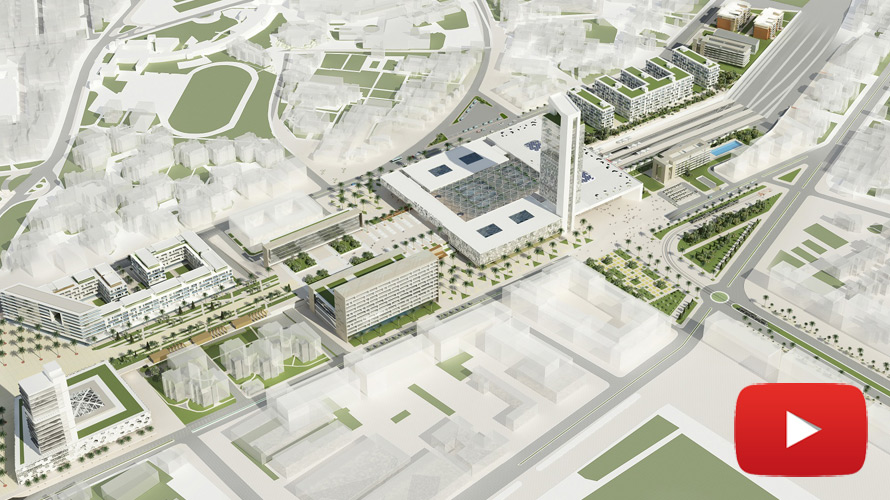 The transformation of these railway stations from mere places of transit into multi-functional centres for living and services fully integrated into the city’s urban development in total harmony with the environment at the same time as stimulating the creation of hundreds of jobs is the symbol of Morocco’s modernization plans.

Since April 2014, Generale Costruzioni Ferroviarie has been involved in the renovation of 20 stations along the Tangier - Casablanca route with projects, civil works, railway superstructures, catenary, signalling and lighting systems.
Starting from the North - on the single track stretch between Tangiers and Kenitra - the redevelopment of the stations will allow increased freight traffic in view of the new HS line being installed. Further south - on the Kenitra-Rabat and Rabat-Casablanca stretches - stations are also be modified as a result of the installation of a third through track.

"It was through work in the field on these sites,” said Mr. Simeone, “that we gradually earned the trust and esteem of ONCF executives who today appreciate our experience and knowledge of the most innovative materials, and the most suitable methods and technical solutions. The important contract for work of Rabat-Agdal Station is a matter for great pride and a commitment we are tackling with great determination and sense of responsibility." 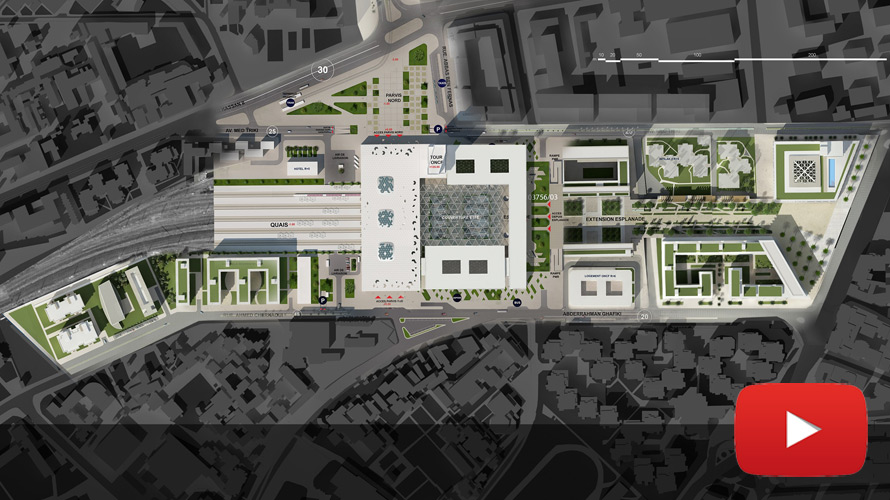