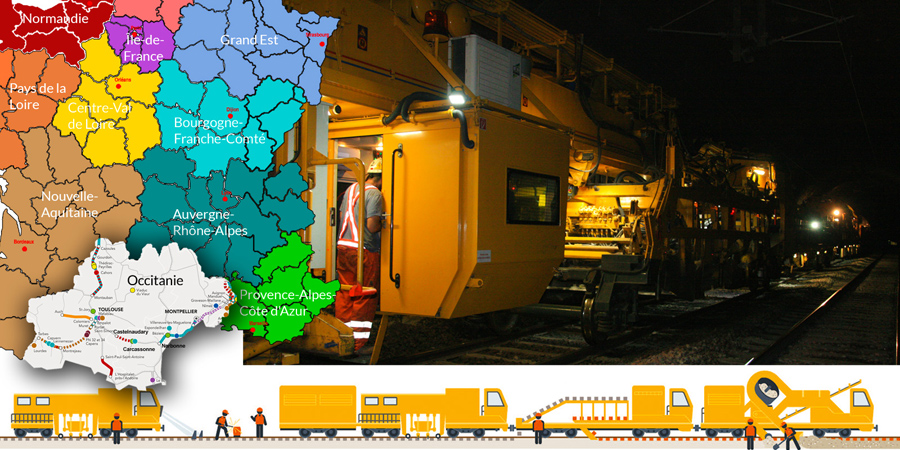 The first GCF - Transalp Renouvellement "Suite Rapide" for 2017 in Occitania

Beginning on 2 January, the first of the four renewal sites for this year which are part of Lot 2 of the "Suite Rapide" 2013-2017 Tender is now fully underway: it is a sort of fast lane in the French national railway's Great Renewal Project which GCF has been participating in since 2013 through the company Transalp Renouvellement, set up and managed in France by the Gruppo Rossi.

On the Toulouse-Narbonne corridor, the special GCF - Transalp "Suite Rapide" site employs 250 people who are renewing the track on the Carcassonne-Castelnaudary line. This is a very important section with an average of 76 trains running a day (TGV high-speed trains included) at a speed of 160 km/h..

A huge challenge in terms of organisation, performance and maximising on experience. To avoid disrupting railway traffic - the "Suite Rapide" site's main aim - track renewal work is carried out mostly at night time at a pace set by the SNCF: productivity is based on 1,000 metres of renewed track per day which is much higher than a normal renewal site.

This is a result which can only be achieved if, like GCF - Transalp, special high productivity machinery is used which can, in just one step, carry out ballast cleaning and renewal of the line, and replace all the track components: the railbed, the old sleepers and the rails. There are only two other trains with such powerful machines in the whole of France and these have been admired by everyone for years - enthusiasts and normal people alike.

"It is a sort of 'factory on wheels', Carlo Paoloni explained, "that employs 200 people on average. Every night, it goes to the section that is being worked on and in a series of steps, renews one kilometre at a time. Our train consists of a ballast cleaner, a renewal train we have specially modified, and tamping machines, profiling machines and stabilising machines. In the morning, after clearing away all the old material from the track, when the train returns to the site, the line is completely renewed and ready for the railway traffic."

There are numerous advantages to the "Suite Rapide" renewal sites - launched by the French railways as part of the national Great Project for modernisation of the railway network - including, first of all, the speed with which the line is renewed which minimises the impact on train traffic and consequently, the inconvenience caused to those who use it.
That's not all. The French railways are confident that the lines will be safer as well as more comfortable due to the significant reduction in vibrations. Finally, the Renewal Plan will lead to significant savings in running costs in the years to come and will reduce the number and extent of future maintenance work.

SNCF has fixed a target for the Suite Rapide 2013 - 2017 Programme of approximately 2,750 km of railway network at a pace of 550 km per year. By the end of the period, the Gruppo Rossi, operating through Transalp, will have contributed with over 900 kilometres of railway line.

The site in figures 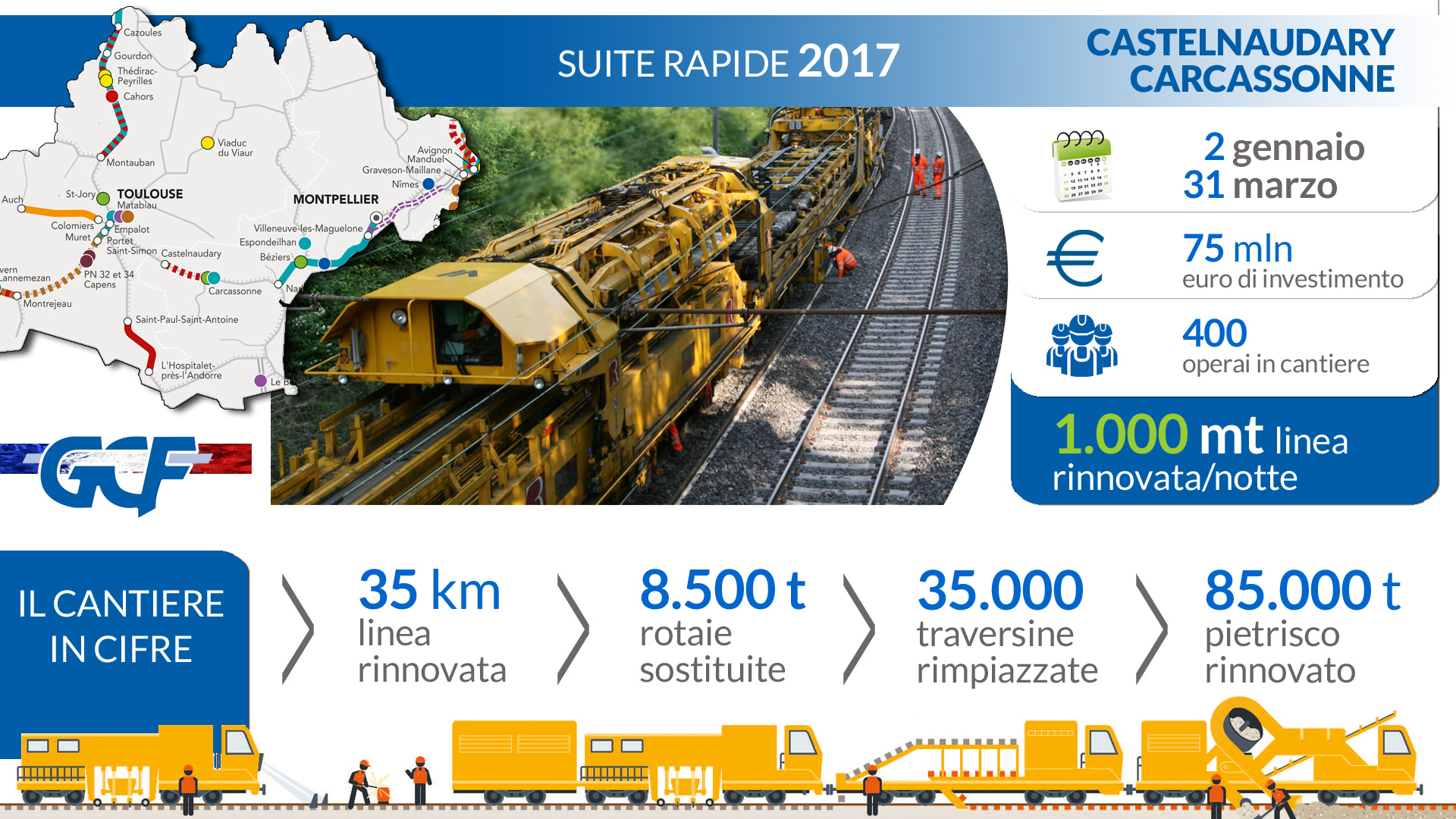