GCF in Suite Rapide on the Paris-Marseille line 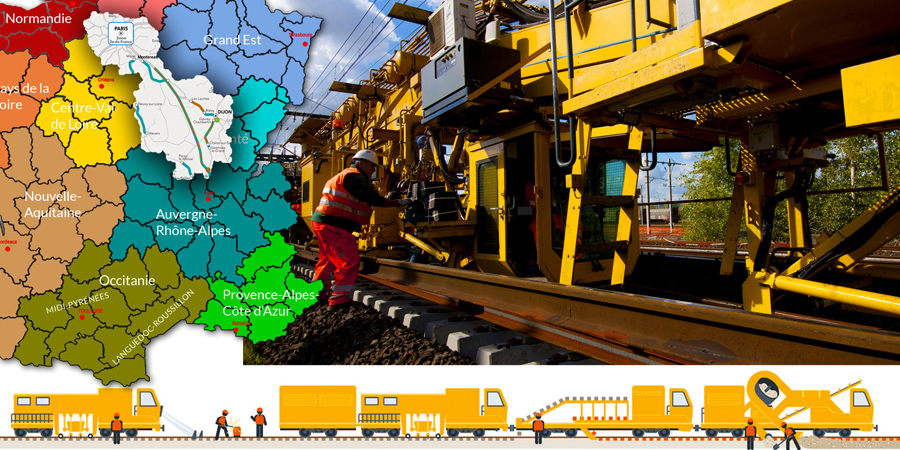 60 kilometres of renewed railway line in just 60 days. On the Paris-Lyon-Marseille line, GCF, head of the Transalp Renouvellement consortium, has completed the third stage of the Suite Rapide renewal work on the Montereau-St Florentin section. In 14 work day's time, the second of the year's 4 Suite Rapide worksites will also be completed.

"This is an important, demanding site", the Site Director, Carlo Paoloni, explained, "not only because work in the area included 5 railway stations and 12 level crossings, but, also because all the renewal work was carried out during the day without disrupting the normal circulation of passenger or goods trains."
On the extremely important and busy Paris-Lyon-Marseille railway line, a 4 track line where the renewal work was carried out on the two external tracks, the only limit imposed on the railway traffic was that of reducing speed to 100 km/hour (60 km/hour in some cases) for the trains travelling on the track next to the one on which Suite Rapide renewal work was being carried out. The trains travelling on the other track, on the other hand, were able to maintain a speed of approximately 160 km/hour.

"This meant that a highly detailed safety plan had to be adopted", Carlo Paoloni explained, "that included the use of technological acoustic and visual signalling devices, special training sessions for all the personnel involved in the work and the use of measures and procedures that guaranteed the safety of workers and the carrying out of the renewal work safely even when trains passed just a few metres away from the worksite."

The workers' daily access to the tracks has been regulated and subjected to constant monitoring by supervisory personnel who have been entrusted with guaranteeing their safety. Against this backdrop of formal procedures which are mandatory for the health and safety of the workers, the Suite Rapide worksite moved, day by down, along the Paris-Lyon line.

Every morning, since 20 March, the Transalp Renouvellement train has left the depot of Saint Florentin loaded with gravel and new sleepers and rails to reach the work area guided by special locomotives. Once the work site has been reached and the workers arrive, the various machines separate so that each one can operate in its specific area: usually, there is a distance of at least 2 kilometres between the site where the renewal train Matisa P95 operates and the area where the ballast cleaner Matisa C75 operates. The other machines used for the final tasks, the profiling machines and the tamping machines, are even further apart.
At the end of the day, the various machines reassemble before returning to the depot at Saint Florentin where they unload the old sleepers, fasteners, old rails and excavated earth and reload new gravel and new sleepers. The same evening, special teams of maintenance workers work in the depot and repair any faults, refuel and restore the machines to perfect working order for the next day.

The last stage of work

The three stages which have already been completed have seen approximately 60 kilometres of line renovated on the "track 1 bis" from Montereau to Sens (approx. 23 kilometres) and from La Roche Migennes to Saint Florentin (almost 16 kilometres) as well as "track 2 bis" from Sens to Montereau (20.5 kilometres).
In Stage 4, which began on 22 June, the section from Saint Florentin to La Roche Migennes of the track 2 bis will also be completely renovated. In this way, the work involved in the second site will be completed by the second half of July: 74 kilometres of renewed track as well as work on the SNCF stations of Villeneuve la Guyard, Champigny sur Yonne, Point sur Yonne, Brienon and Saint Florentin and a dozen level crossings.

The Montereau-St Florentin site in figures 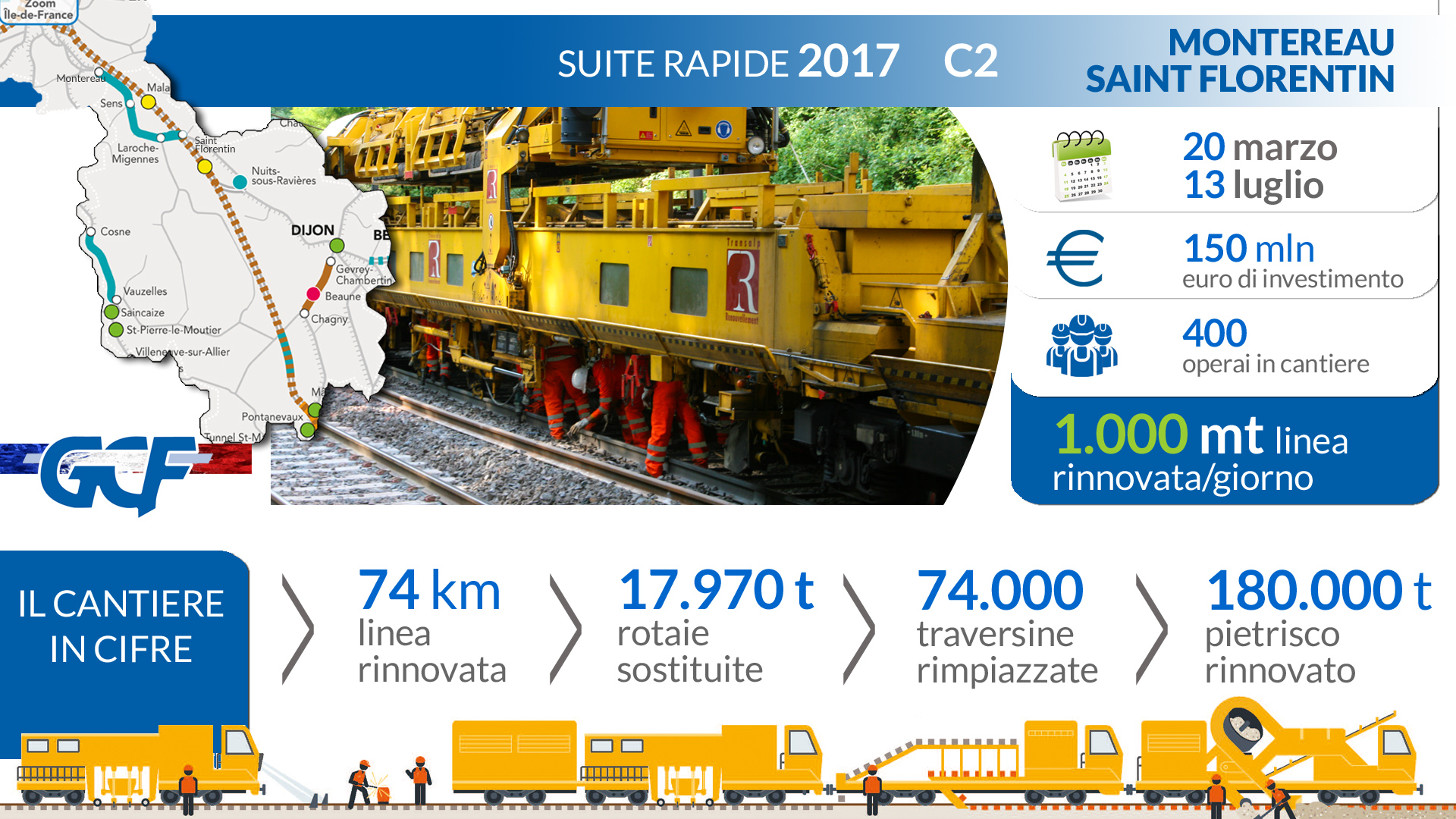