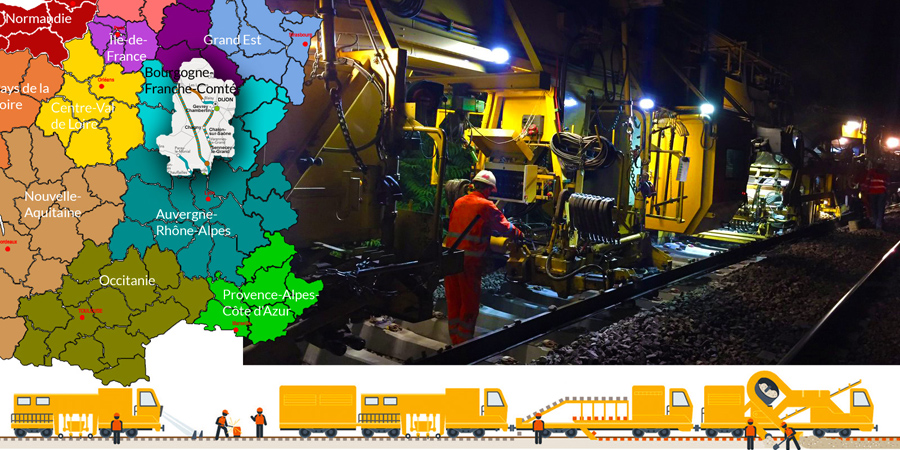 With 95% of the work completed, GCF prepares to deliver the 900 kilometres of renewed railway line which are part of Lot 2 of the Suite Rapide 2013-2017 programme to France by the end of the year.

GCF, head of the Transalp Renouvellement consortium, has opened 16 worksites in France since 2013, managed with its super convoy consisting of the best, highest performing machinery: a real mobile workshop that employs over 200 people.

"So far", Site Director Carlo Paoloni remarked with satisfaction, "we have delivered 843 kilometres of renewed line and 857 kilometres of upgraded line to SNCF. This is an excellent result that reflects the investment made in high performing machinery, the Matisa P95 renewal train and the Matisa C75 ballast cleaner, in particular, as well as the hard work in training and organisation of the work and the expertise and skills used to resolve problems, both minor and major, that this special type of worksite which aims to maximise speed of execution and minimise the possible impact on railway traffic may encounter."

Phase 1, in the section in the south between Sennecey and Chalon sur Saône, which is the most winding, took place between 31 July and 18 August.
"The second phase is now in full swing", Sabino Carbone said speaking from the site offices, "and regards the section between Chagny and Gevrey Chambertin. Once again, work in this phase is carried out at night time, usually between 21.30 and 6.20. As a logistic base for storing the ballast, rails and sleepers, we are using the St Rémy - Chatenoy Le Royal depot where the P95 site train and the Matisa C75 ballast cleaner convoy are kept along with the other machinery used for tamping the railbed and profiling the tracks."

A highly delicate stage at the Chalon worksite involved recovering the old sleepers which are all made of wood: many are extremely long and must first be cut before they can be placed on the conveyor belts.
Phase 2, which involves recovering and handling the excavated earth, is quicker, on the other hand, since the convoy with the hoppers can use the adjoining track where railway traffic can be suspended almost always for the entire night shift. The renewal work is scheduled to be completed on the night between the 5th and 6th October and the upgrading work on the night between the 9th and the 10th. 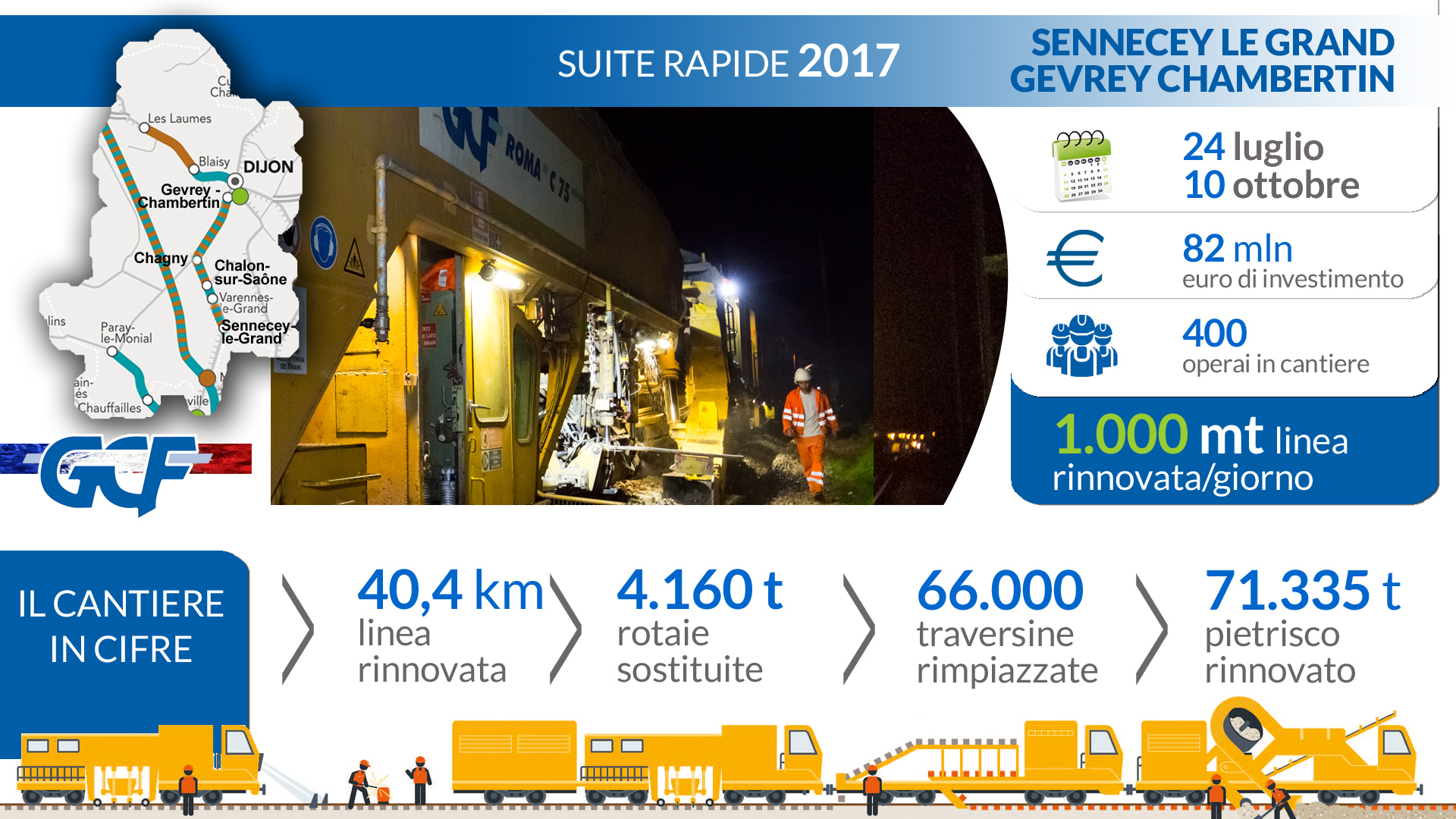