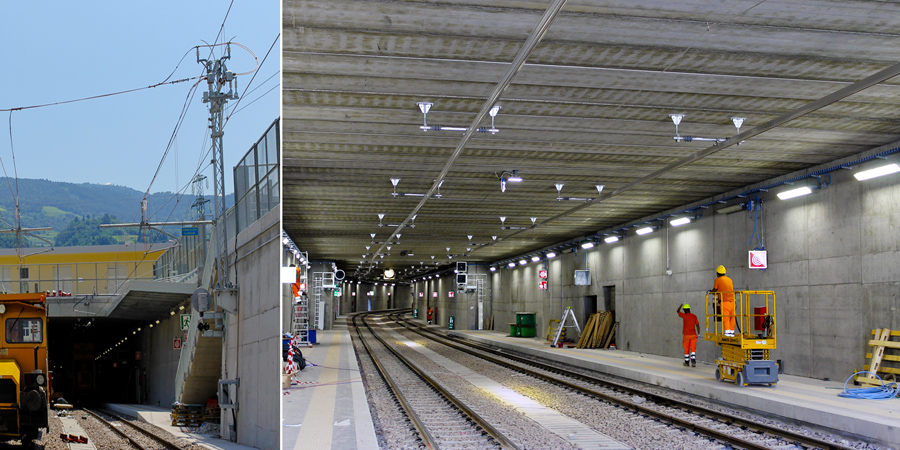 The new variant on the Trento-Malé route in Trentino completed

Lavis, Trentino: the official inauguration will be held soon for the modern, innovative underground railway variant equipped by GCF – on behalf of Trentino Trasporti – with a rigid catenary.
This highly innovative project was launched two years ago and is part of the development policies implemented in the Trentino Region for an effective intermodal transport system serving the valleys and tourism.

The task, managed by Carron – Costruzioni Generali per le Opere Civili, saw the GCF team involved in the Electric Traction area with works over several stages allowing the existing line to be dismantled, the construction of the open air Electric Traction system for the temporary line, the installation in the new tunnel layout of an unusual rigid catenary complete with an underground-style station.

“This is a significant step forwards,” said Ugo Rossi, President of the Self-Governing Province of Trento when the project was launched, “for Trentino keen to develop a more sustainable, safer transport system capable of improving the quality of life and consequently, at the real service of our communities."

All told, Lavis – a town with almost 9,000 inhabitants just 10 km north of Trento – was literally cut in half by Trento-Malé-Mezzana railway line, an historic metric-gauge line connecting Val di Non and Val di Sole. The redevelopment project, financed to the tune of 24 million euros by the Self-Governing Province of Trento and Trentino Trasporti, involved moving the original route to an underground site including the station to the benefit of the quality of life in Lavis.

The rigid catenary option is unusual for a full-transit line yet entirely functional for this purpose. “Usually,” as Site Director Federico Sensini explained, “the rigid catenary system in Italy is only used in airports where cargo is handled or in train maintenance depots, such as the one recently built in Mestre by GCF on behalf of RFI. In this ‘pilot’ project, the rigid catenary – commissioned by Trentino Trasporti and designed by GCF – helped significantly reduce the impact of civil works infrastructures. In fact, it meant that a tunnel of lower height than that required by a conventional overhead drive system and, therefore, thereby reducing excavation quantities and the amount of concrete poured.”

Two work stages are involved. In just 32 days between June and July last year, the pre-existing line was dismantled, the roof of the new tunnel was installed by laying 270 Top Bridge prefabricated slabs, reinforced concrete was cast, not to mention the reconstruction – above the jacket – of the track and the temporary Electric Traction to allow resumption of railway traffic.
"Then, from April this year, while trains continued running above us,” said the Director of Works, Gabriele Cavatorta, “we worked below ground on the 400 meters-long tunnel to install the rigid catenary – including a curved section – on the running track and the precedence tracks, as well as in and out connecting works in the tunnel between the catenary, the conventional contact line and Electric Traction for the section of the new route of about 800 metres in an open trench."

The works, completely in line with schedules, were consigned in early July for testing and approval by Certification Bodies. The official inauguration of the upgraded line and its opening to railway traffic is scheduled for 28 July. Another success story for the Trento-Malé-Mezzana route. For many years by now, it has been a landmark for a farsighted and effective policy of support for integrated, ecological and sustainable mobility capable not only of attracting tourism to these Alpine valleys but, at the same time through these connections, of ensuring a more appealing quality of life in the area for local residents themselves. 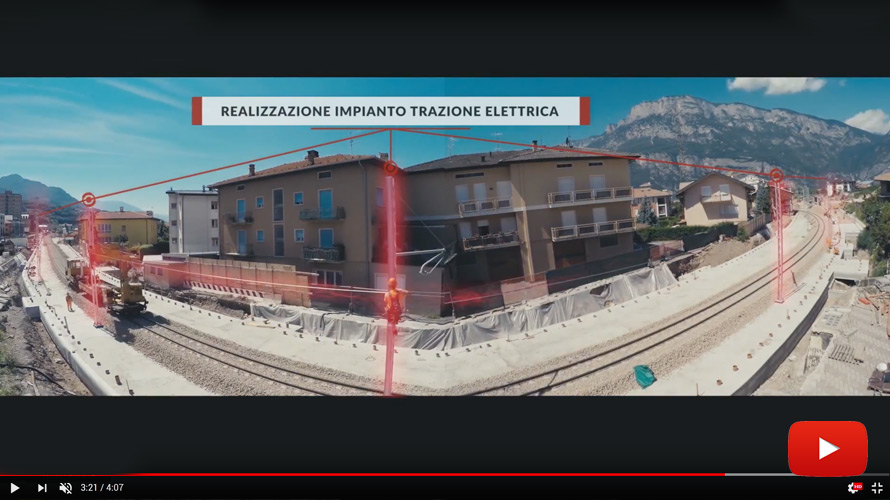