InnoTrans: the future of transport under the global spotlight 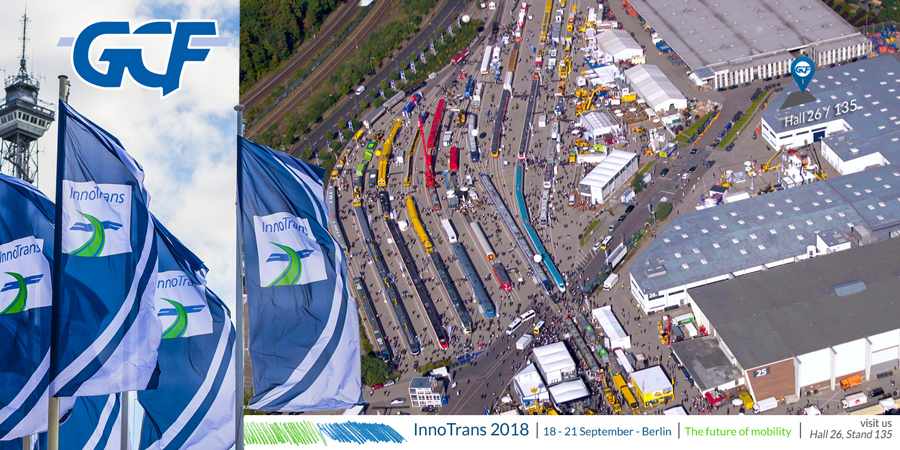 GCF in Berlin to meet the best of the railway industry

This is the leading international trade fair for transport technology. Innotrans takes place every two years and draws the best of the railway industry to Berlin. GCF will be attending InnoTrans 2018 which is being held for the 12th year from 18 to 21 September with its own stand to promote its expertise and meet international suppliers, customers and partners.

“Our Group," Edoardo Rossi, President of Generale Costruzioni Ferroviarie, said, "has opened up to the foreign market over the last decade, acquired important job orders, exported ‘made in Italy’ quality and shown that it is competitive, technically advanced, innovative, organised and reliable. For us, Berlin is an opportunity for knowledge: one where we can learn and one where other people can get to know us.”

In addition to a packed programme of meetings and a focus on the future of mobility, Innotrans will be an opportunity to present the most innovative railway vehicles produced over the last few months on the 3,500 metres of track alongside the exhibition halls, from high speed trains to hybrid locomotives, road vehicles and trams.
Come and visit GCF at Stand 135 in Hall 26, the nearest one to the outside exhibition area.