High-speed GCF - and not only with trains… 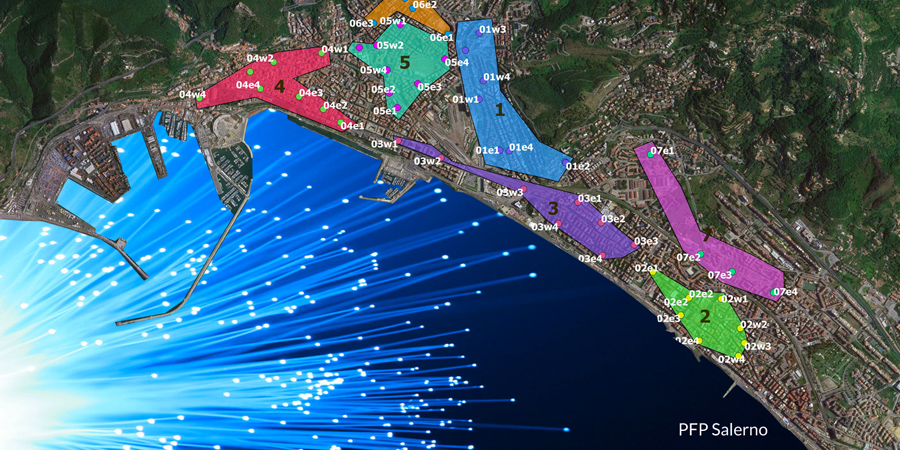 First results of GCF's commitment in the broadband market

There were 23,000 as of 30 September and the figure is set to rise to 60,000 by the end of the year. These are the Real Estate Units now served by High Speed fibre optics installed by GCF in five Italian cities, as commissioned by Open Fiber. These are the first results for Generale Costruzioni Ferroviarie after entering the Italian fibre optic market earlier this year.

"A tip-toe debut," said Alessandro Rossi, Director of the GCF Technology and Innovation Plant Division, "and currently with a limited commitment. However, partnership with Sirti, the company that has always been a leader in Italy in the creation of technological infrastructures with which we have set up the SAI scarl Consortium, promises excellent development prospects. We believe that the know-how accumulated by our Group in the construction of electrical traction railway networks and signalling lines can be profitably applied to the construction of broadband and ultra-broadband infrastructures."

The Italian strategy for the super high-speed band

In line with the objectives of the European 2020 Digital Agenda – whereby 100% of the population will have internet connections ensuring speeds of at least 30 Mbps - the Italian government in 2015 approved the “Italian ultra-broadband strategy” which envisaged calls for tender to provide the population with ultra-broad bandwidth (between 30 and 100 Mbps). Now, after many difficulties and delays, ultra-broadband has finally begun to take off in Italy: Open Fiber, the joint venture subsidiary of Enel and Cassa Depositi e Prestiti, was awarded the first two tenders which, overall, involve 6,700 local council areas in 20 regions. Almost 9 million Real Estate Units in these districts will be connected to the maximum speed using FTTH (Fiber To The Home) technology which, using fibre along the entire route as far as each home, is able to ensure super speeds of up to 1 Gigabit per second.

GCF "Fiber To The Home" cabling

This is the case, for example, of cities such as Salerno, Varese, Busto Arsizio, Ancona and Modena where the Sirti & GCF SAI consortium manages installation sites embracing every stage in the cabling process, from excavation to the installation of manholes, pipes and columns, as well as laying cables in pipes or overhead (poles and/or building façades) and "vertical" development inside condominiums.

As Project Manager Fabrizio Carnevali explains: "We have organized 'civil' teams of 4-6 workers equipped for excavation, cable laying teams with 3-4 people and teams specialising in wiring of condominiums comprising 2-3 skilled personnel especially as regards vertical installations. Each team is equipped with the best equipment and properly trained in order to maximize timing and even minimize the impact of this work, an aspect that is particularly important especially during the excavation stage."

For this reason, together with our partner Sirti, we have developed – alongside conventional excavation work – innovative techniques ensuring low environmental impact such as mini and micro trenches, as well as solutions that not only reduce the time required to dig these trenches also but to restore definitive road usage very quickly, thereby minimizing impact on local people.

“The most recent research," said Alessandro Rossi, "indicates that Italy ranks only 61st in the world, out of 149 countries analysed, as regards effective connection speeds. Making internet connections faster by creating technologically advanced infrastructures is a powerful factor for growth and this is why GCF is delighted to contribute to such progress. On the other hand, high-speed is in our DNA, whether it involves people and vehicles, as well as data."