GCF Suite Rapide: work gets under way in Rhône-Alpes 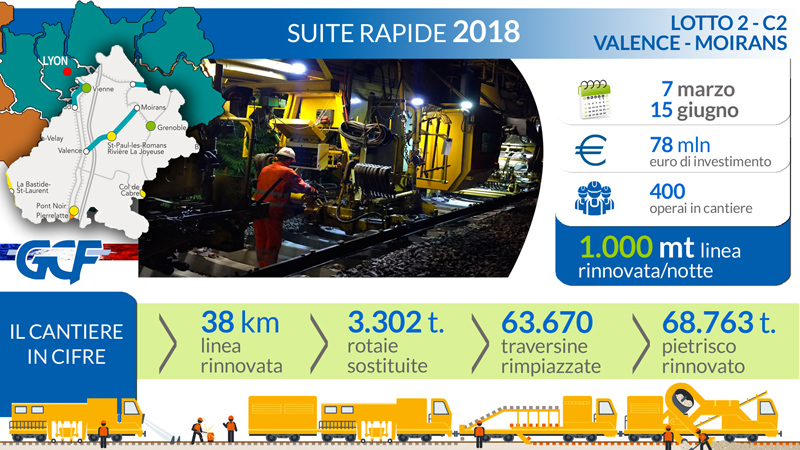 Railway renewal work fully under way in the French department of Rhône-Alpes on the 908000 Valence-Moirans line.
The second 2018 Suite Rapide worksite awarded to Transalp Renouvellement, the consortium that GCF heads, has been operating for two weeks on the Valence - Saint Paul les Romains section of the line.

The rails and sleepers will be replaced on the 38 kilometres of railway line and the ballast will be thoroughly cleaned at a rate of 1,000 metres a night.

The line, with a maximum speed of 140 km/h, is virtually all powered by electricity at 25,000 V and has a long double track section extending over 20 kilometres between Valence and Romains-sur-Isère and a final single track section which is approximately 7 km long between the stations of Romans and Saint-Paul-les-Romains.

“The entire worksite is considered a blue area," Sabino Carbone explained, from GCF's offices in France as he described the specific nature of the site, "and working at a height is not allowed. There are several sections where the catenary is less than 5 m off the ground, large GSMR antennas have been installed in two points next to the tracks and there is a 'Seveso' classified area near Portes Les Valences which requires special attention.”

Strict safety measures have also been taken due to the fact that the line that is being upgraded both in the numerous towns and villages it passes through and in the open countryside sections has several level crossings, overpasses and underpasses, areas where moving rails, sleepers and ballast is a particularly delicate operation.

The schedule for the main work, which will be carried out at night time, will be divided into three stages which include total upgrading of a 27-kilometre section of the line (tracks, sleepers and ballast) and the replacement of ballast and sleepers on the remaining 10 kilometres.
Work is scheduled for completion by mid June although the exact date is uncertain due to the massive wave of strikes planned by SNCF railway workers: 36 days of disruption from the beginning of April to 28 June. “Two days of strikes every three days of work: we still hope that the trade unions and the government come to an agreement," Carlo Paoloni, Manager of the French site said, "to prevent the forced stoppage of men and machines interfering with our production schedule.” 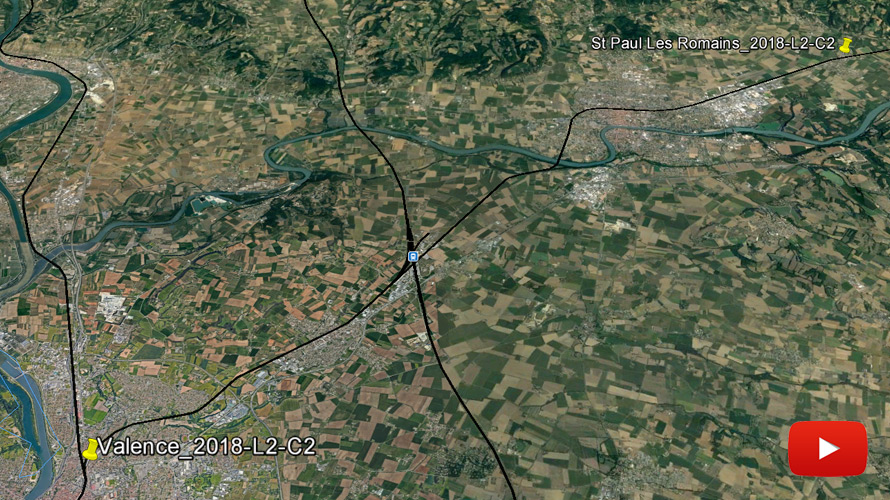