In Lausanne, GCF’s tracks and catenary for LEB 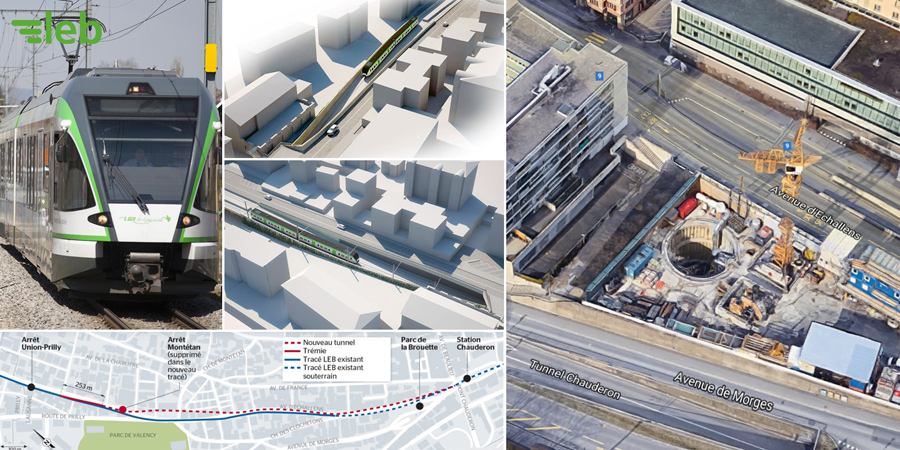 The contract for the construction of the new urban gallery of 1.7 km

The State Council defined it as “one of the most complex urban construction sites in Switzerland”. And it will also represent the brand of GCF - Generale Costruzioni ferroviarie that, in recent days, in consortium with Implenia SA (parent), cablex and Siemens Mobility SA has signed the contract of entrustment of works by LEB, the railway company Lausanne - Echallens - Bercher.

The project, for a total of 140 million CHF, is financed by 2/3 by the Confederation and by 1/3 by Vaud Canton and managed by LEB in collaboration with the cities of Prilly and Lausanne. It foresees the double-track tunnel underground, at about 15 metres average depth from the road level, for a section of 1.7 km of the Lausanne – Echallens – Bercher rail- tramway line (i.e. LEB).

On the section in object – in the western part of the urban area of Lausanne, along avenue d’Echallens – the only one located in a mixed-use area where the rail-tramway line runs with a single track on the road surface, the forced co-presence of buses, pedestrians, cyclists, cars and trains, in addition to the street car services that have been increased every 15 minutes, resulted in numerous and serious accidents over time, deemed “unacceptable” by the authorities which have thus elaborated a brave action project (due to implementation logistic difficulties) that will regulate operations and the safety of urban traffic.

LEB, the civil works at the heart of the city

In August 2017, the first complex preliminary works. A preliminary bridge of 170 metres was built near Union-Prilly stop, able to allow a regular traffic flow also during the excavations below the tunnel’s opening to re-emerge on the surface.
At the same time, on the other side, in Brouette park, the excavation works of an access well deep over 40 metres and featuring two branched corridors, began: the first, at about 25 metres, for the operating access of the boring machines to the new tunnel; the second, at a maximum depth of 42 metres, connects the existing Tridel railway tunnel. Here, through railway, it is currently possible to remove the excavated debris for the new tunnel, avoiding to worsen the already congested urban traffic with an additional 30-40 lorries a day.
The excavation works of the tunnel, started last January 28th, according to forecasts, will continue at the pace of 3.5 metres/day to deliver the entire 1.7 km section from Chauderon to Union Prilly station within one year.

In the meantime, in the last few days, the Client LEB defined and awarded to ICGS (Implenia, cablex, GCF, Siemens) consortium of enterprises (ARGE), the contract of 17,363,000 CHF, for building the “Railway technique” concerning the construction of tracks, contact line, tunnel ventilation, low voltage systems, safety systems, telecommunications and modernization activities of the line’s control centre.

Inside IGCS consortium, GCF - explains the Management office in Rome of Generale Costruzioni Ferroviarie – is responsible to supply and install all framework materials for the construction of about 3 km of one-metre gauge track on slab and about 0.4 km of one-metre gauge track on ballast, with 6 exchanges on slab”.
The double-track design will allow absorbing the future increase of the number of passengers which raised by 156% in the last ten years.

GCF, which developed remarkable operational experience in Italian and foreign urban situations concerning complex environmental and logistic conditions, will also look after the installation of the supply system and rigid contact line on a section length of about 3.2 km, including transition elements for connecting to the existing flexible catenary using SIEMENS components of SICAT type, already homologated in Switzerland for the application in object.

The construction works will begin in early February 2020 for an overall duration of 8 months.
According to forecasts, the new tunnel will be operational by the end of 2020.

LEB, beginning of the excavation works 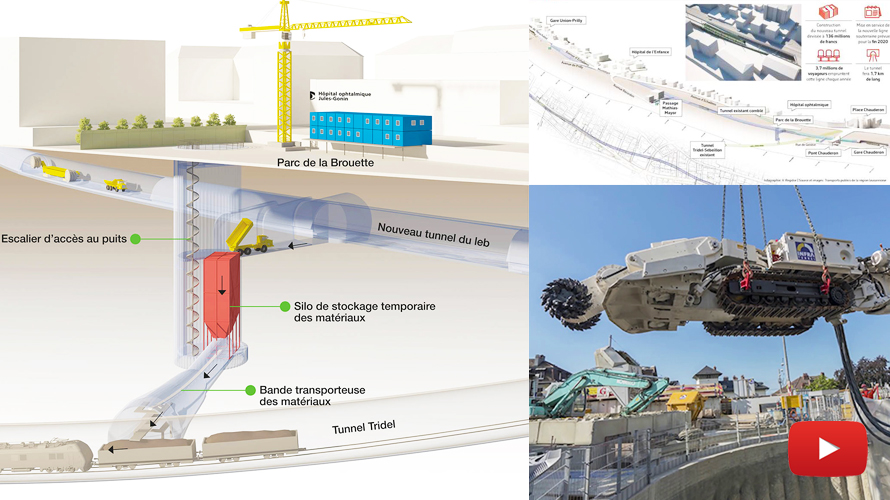