In Veneto, a multi construction site for sustainability 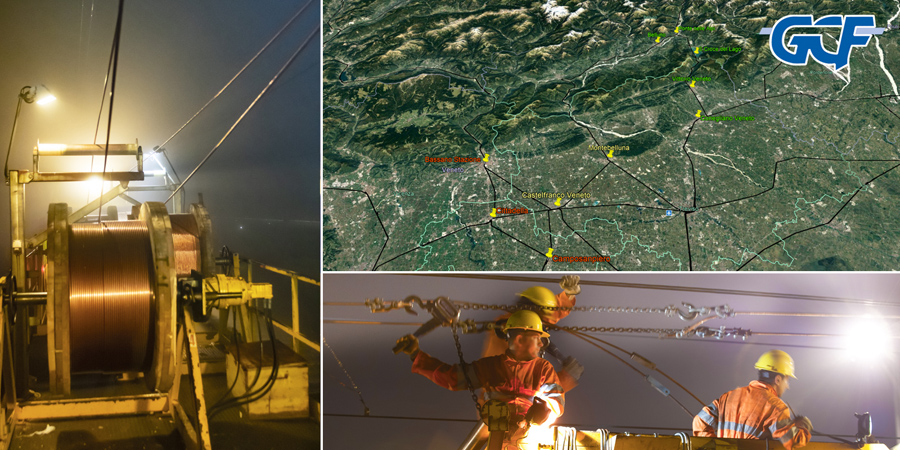 Electrification in progress of 100 km of railway

The intervention, in line with RFI’s goals to maximize the environmental advantages of railway transport, minimizing emissions, concerns three railway sections that intersect the territories of Padua, Vicenza, Treviso and Belluno. On these lines, which can be currently travelled by diesel trains, GCF’s teams of technicians and workers are working to install piling, equip brackets, and install contact lines.

“These days - explains designer Michele Granzotto - we are working along the section between Vittorio Veneto and Ponte nelle Alpi, out of operation until next June. Workers are performing excavations to cast foundations and install support poles that, according to the mountainous and winding shape of the section, are foreseen every 30-40 metres. In tunnel sections, preliminary drilling works are being carried out in addition to securing the brackets that will support the suspensions. There are 21 tunnels along this segment, for an overall stretch of over 7 km”.

The construction site will also perform the electrification to the south, of the Vittorio Veneto - Conegliano Veneto section (along which poles and equipment have already been installed) and to the north, will continue the works from Ponte nelle Alpi to Belluno, a section where poles have already being installed and waiting to be equipped.

The entire section from Conegliano to Belluno, about 45 km of single-track railway, will be equipped with the innovative Omnia cantilevers in aluminum and tensioned with copper wire of 440 square metres. The works also include the electrification of stations, where posts will be installed and equipped, and a certain number of electric sub-stations (in Nove, Ponte nelle Alpi, Montebelluna) and transformation electric cabins will be built.

Night works foreseen instead on the 15 km in Treviso concerning Castelfranco -Montebelluna section, second line included in the Framework Agreement and along which the equipping phase will be initiated in the next few days, after interrupting the railway traffic.

Lastly, the electrification works of the railway line, also one-track, from Bassano to Cittadella and from this station to Camposampiero, are being completed: 30 km of railway already equipped with traditional steel brackets and tensioned with contact wire in copper of 320 square mm.
“The line is practically ready - explains Granzotto - we just need to complete Cittadella’s cabin and power the contact line”.