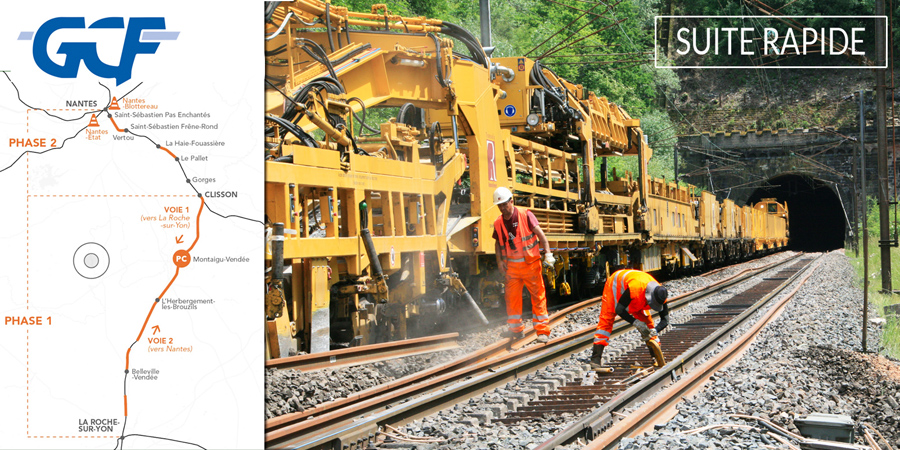 Two super Suite rapide trains side by side on the same railway yard that is being used as GCF’s construction site in Nantes. The singular, unusual and rare event (only 3 Suite Rapide trains in France) that has attracted many curious people and those fond of trains in Nantes construction site, is the result of activities planned by GCF and Transalp Renouvellement to provide for the maintenance of trains and high-efficiency machines involved in Lots 2 and 3 of the Suite Rapide rolling stock.

“It is an exchange operation already scheduled for some time – explains the French manager Sabino Carbone – and absolutely required. In fact, by taking advantage of a particular moment of the works schedule, we are able to decommit Matisa P95 renewal train owned by Transalp and Matisa C75 ballast cleaner owned by GCF working on Lot 3 and to substitute them for 3 weeks with the relative machines of Lot 2 in order to undergo a series of checks and maintenance services required to renew the agreement released by SNCF”.

It was possible to do so last week, at the end of the works for the first construction site of Lot 2 in Midi-Pyrénées region, on the 650000Toulouse-Bayonne line where 47,205 metres of track were restored in the section between the stations of Saint Gauden and Capvern, with an average output of 1,100 metres/day.

The machines engaged in that project – first the brand new GCF’s Matisa P95 renewal train and Matisa C75 2C ballast cleaner recently purchased by Transalp Renouvellement- consisting of a single train in the railway yard of Lannemezan, travelled over 500 km north until Nantes Blottereau, in Pays de la Loire.
“For the next three weeks - continues Sabino Carbone - until March 8th, they will substitute the machines and men of Lot 3 that since the beginning of January have been working to renew the Nantes – La Roche sur Yon section”.

The first construction site of 2019 of Lot 2 has been particularly challenging, with foresees the full restoration of about 85 km of electrified, double track line. 96 trains transit in average every day on this section of the 530000 Nantes Saintes line, in both directions: 46 street cars-trains, 40 Ter, 4 TGV and 6 Intercités. Moreover, there are about sixty level crossings, half of which must be completely rebuilt by GCF and Transalp Renouvellement.
The works plan, 4 phases partially carried out during the day and partially during the night, had to keep in utmost consideration safety matters concerning the works on the level crossings and moreover, fit with the meticulous schedule that has been disclosed by SNCF a few months ago and foresees closing and reopening timeframes of the level crossings decided and officially issued by the 15 Municipal administrations involved in the works.

The output of the restoration site foreseen for Nantes is 932 metres/day. The works that are involving about 170 workers since mid-March will be resumed by the men and machines of Lot 3 and will end by mid-May.

The arrival of the brand new Matisa P95 renewal train at the construction site, a few month ago 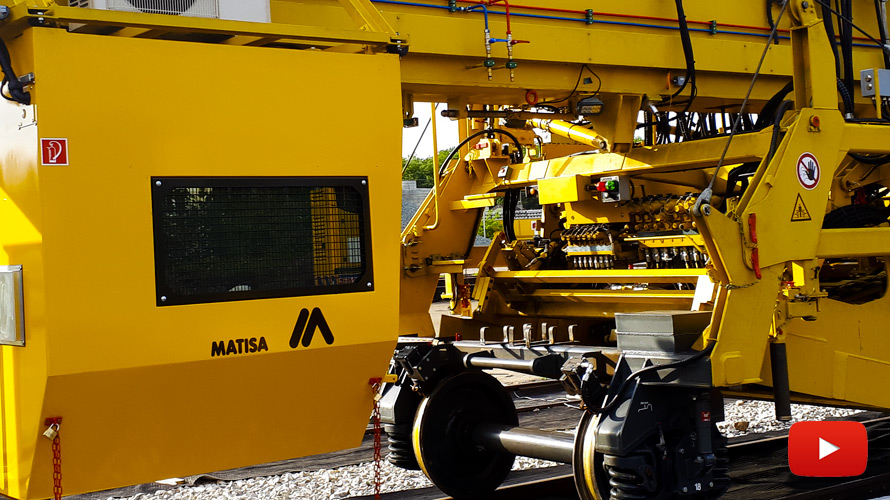 Additional information on the Suite Rapide