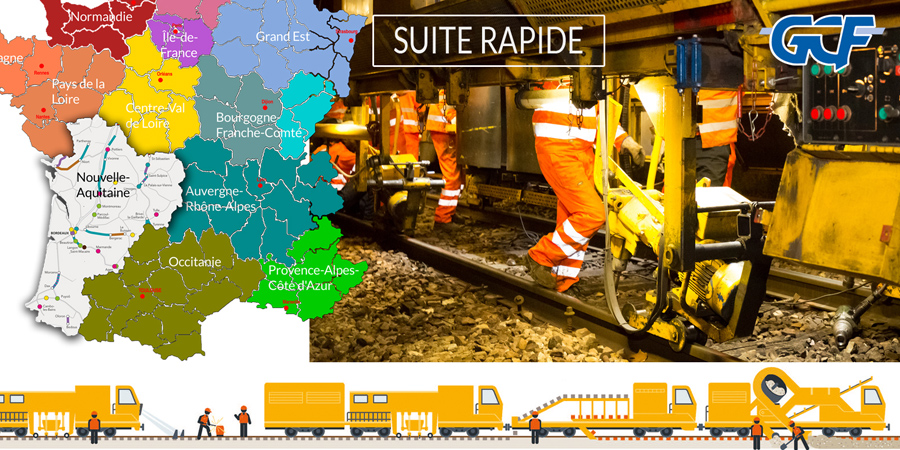 Excellent performances for the two Suite Rapide trains in France

The works of Lot 2 of Suite Rapide, involved along line 655,000 Bordeaux - Saint Jean Irun for the total renewal of almost 70 km of railway line, have resumed at full pace after the two weeks holiday in mid-August.

All the preparation and execution works for total railway renewal with the replacement of sleepers and tracks and restoring of the screed, are performed at night between 9:00 p.m. and 6:00 a.m., when transit on the track being worked are suspended and the current of the electric traction on the adjacent track has been removed. The end of the main works is foreseen for the first week of October.

Overall, the two Suite Rapide Lots entrusted by the French railway to GCF- Transalp Renouvellement produced from the beginning of the year, over about 250 km of renewed and restored track. During the six years of the double Suite Rapide contract 2018-2023 GCF-Transalp will work about 60 construction sites in 12 regions of France, restoring 400 km/year of railway.