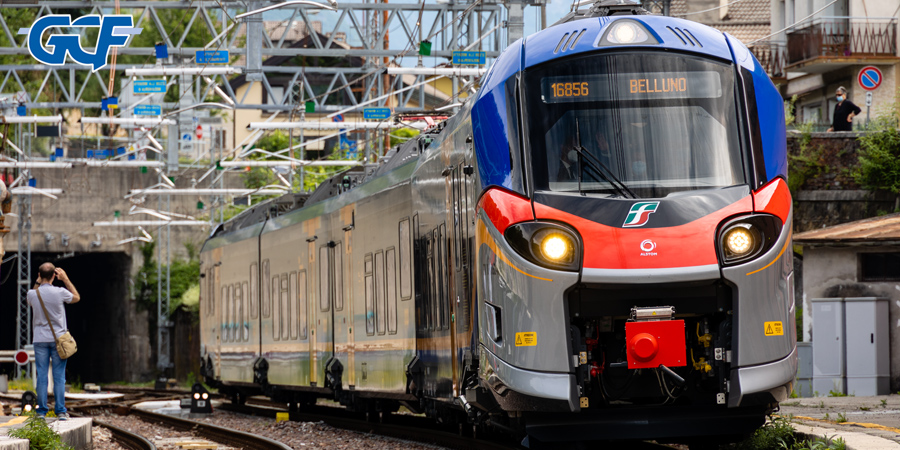 Historic inauguration for the lower ring of Belluno lines

Railway station of Belluno, Friday June 11th at 10:47 a.m. Italian flags and Mameli anthem sang by kindergarten students for a day that has been defined “historical” by everybody. The modern Pop 16856 train with electric traction docks at track 1 and, with its inaugural trip along 47 electrified km from Conegliano to Belluno, marks the end of an age, that of diesel rails.

Politicians, railway operators, journalists, citizens, all united by spontaneous and tangible enthusiasm, celebrated the end of the age that has strategic importance in view of the winter Olympics 2026.

“It is the concretisation of a dream – states the President of the Region Luca Zaia to the journalists that gathered – it seemed almost unthinkable that an electrified train could reach Belluno and, instead, today we have a direct train Venezia – Belluno, which will not stop in Conegliano and will allow saving 13 minutes. It is a historic day. I thank all those who have worked on this project: a great applause to the workers, operators, all those people involved in the construction, RFI and Trenitalia”.

The electrification works foreseen by the “low ring project of Belluno lines”. The various phases of the mobile site between Conegliano and Belluno.

55 million Euros invested, as specified by Anna Masutti, RFI’s President: “An important investment that falls in the broader package of 200 million Euros destined to Veneto and electrification of the entire Belluno ring. An important project for railway transport that is totally sustainable, hence, an investment for the local population and also for the environment and future”.

Sabrina De Filippis, Director of Trenitalia’s Regional Transport Division commented on the environmental benefits derived from the elimination of the diesel traction – in line with RFI’s and FS Group’s strategy for the sustainable development of the country and its mobility system: “Our POP is a sustainable project, built by 97% with recyclable materials and able to reduce energy consumptions by 30%. Within two years, thanks to 78 new trains, the fleet will reach an average age of 5 years. An additional record for Veneto which is the region with the highest punctuality index and a customer satisfaction rate of over 95%”.

The Ministry responsible for relations with the Parliament, Federico d’Incà from Belluno, underscores the hopes and prospects that the line electrification project offers to the territory: “In the psat, the citizens of Belluno had to descend to the valley to take the train, with carboard luggage, forced to move somewhere else to chase their dreams. Today, on the contrary, we started from the bottom and we reached Belluno: it is a dream come true, an investment for the mountain’s future, with better connections for the citizens and for the people that will arrive here”.

“For a company that has been working with railway connections for 70 years – states Maurizio Simeone, Design Director of GCF’s Technological systems and Innovation Division – we are proud and satisfied of the general enthusiasm expressed by politicians and technicians for the construction of a project where we employed all our technical skills and put all our efforts to deal with extraordinary organisational issues brought by 15 months of pandemics”.

GCF and the electrification of Belluno low ring

Overall, 90 km of single-track railway were cast over 2,000 blocks of foundation for the construction of as many poles or posts in galvanised steel featuring brackets mostly of Omnia type- destined to anchor the double-wire contact line in copper of 2 x 100 square mm supported by double bearing cord in copper, 2 x 100 square mm.

The electrification works along the mountain section of 30 km between Vittorio Veneto and Belluno were of particular complexity, due to the presence of viaducts of historical importance, the crossing of numerous inhabited centres and stations (Nove, S. Croce del Lago, Stazione per l’Alpago, Cadola, Ponte nelle Alpi) and, above all, the presence of 22 tunnels that, for a section of about 7 km and a half, were equipped with 280 tunnel suspensions anchored through suitable clips in stainless steel. Two of them, S. Croce and Fadalto (the longest 2,152 metres) were equipped with Stes (tunnel security system); the other two sections - Burigo and Vigneta, for an extension of about 500 metres – were instead equipped with GCF’s certified rigid catenary, essential to fully exploit the residual spaces of the historical works.

The electrification works of the stations involved in the project were also important – about 10 main stations – not only for the installation and equipping of poles and posts with MEC beams, but also for the construction of new transformation TE cabins (in Cittadella, Conegliano, Camposampiero) and SSE electric sub-stations (Nove-Vittorio Veneto, Ponte nelle Alpi) to supply the contact line. 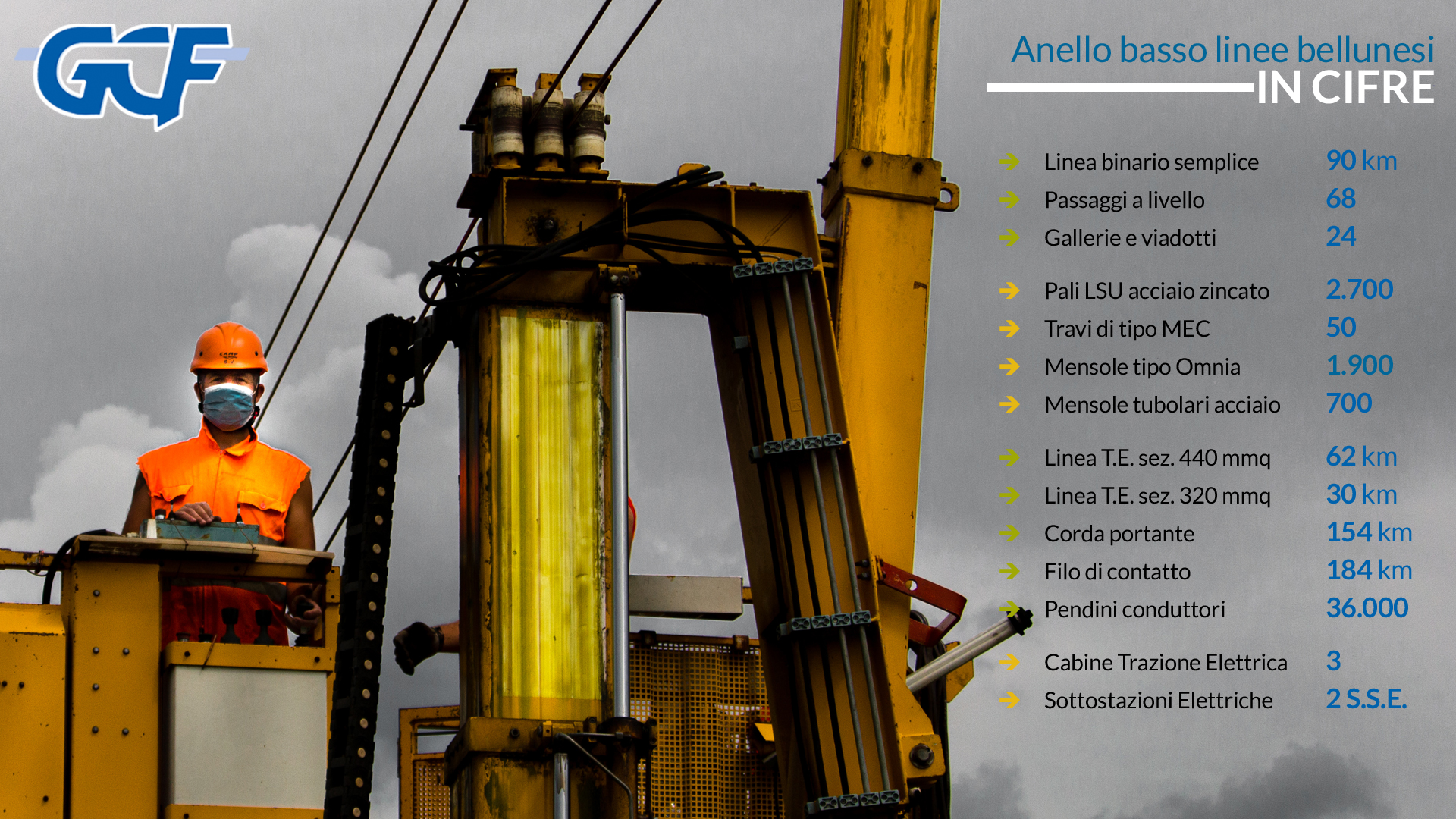 Views and works along Conegliano - Belluno section and at Montebelluna station