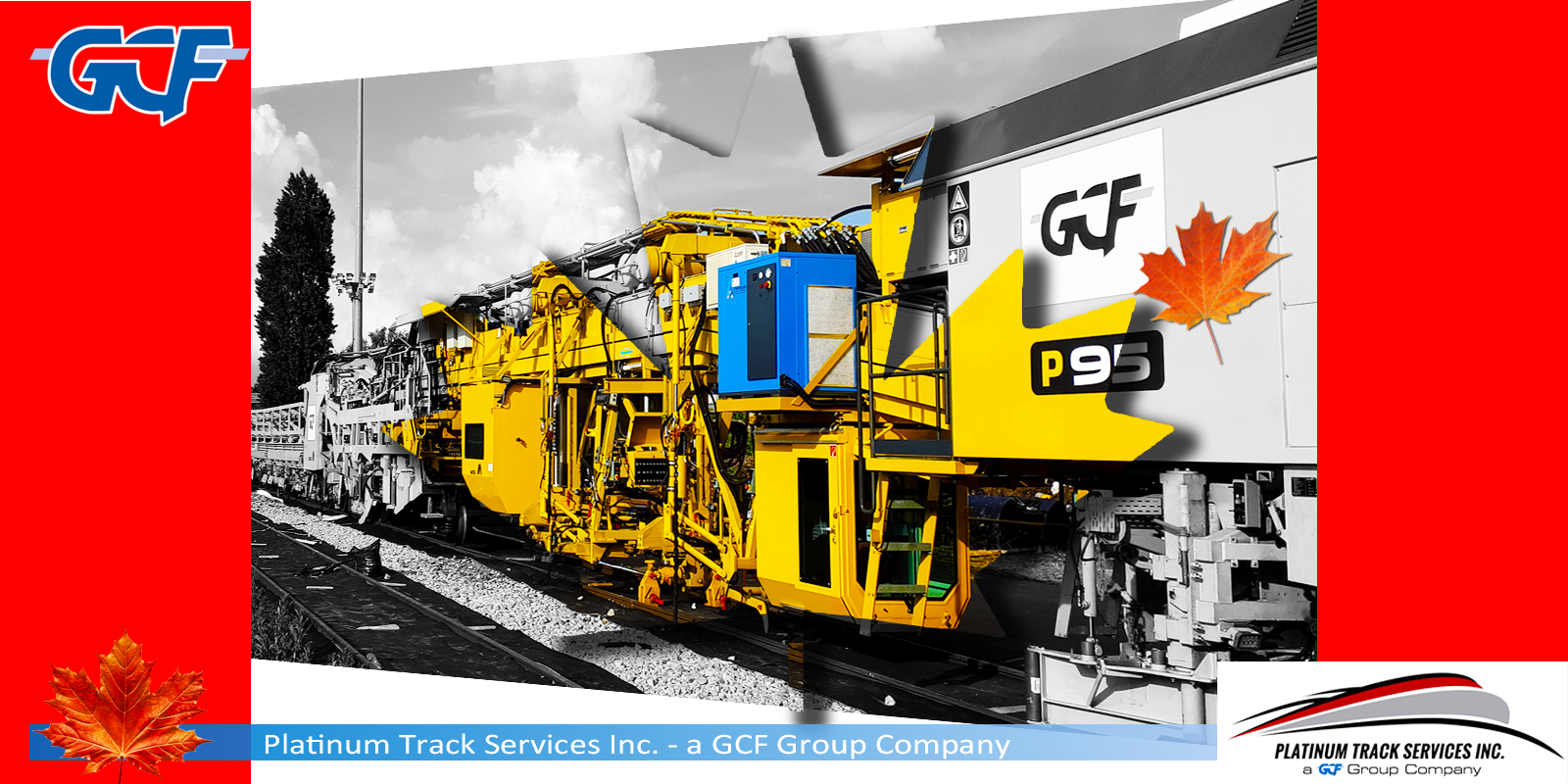 Jump across the ocean for Rossi Group that concluded a few days ago, the acquisition of Platinum Track Service Inc., a high-profile railway firm with headquarters in Ontario, Canada. The acquisition and merger transaction, concluded through GCF Canada Railwork, allowed creating the new company “Platinum Track Services Inc. - a GCF Group Company” owned and managed by the Italian group.

“An important investment – states Edoardo Rossi, President of Rossi Group – that consolidates our presence in Canada and introduces us to a particularly dynamic and promising railway market boasting firms in Canada of international relevance”.

Specialized in railway armouring, Platinum Track Service has been operating in Canada for three generations, providing services to all Canadian railway operators. It operates in the construction of new lines – from design to armouring – and also in the ordinary management of the national Canadian railway network, subjct to wear caused by severe weather.

It employees about 80 qualified and highly-professional workers, achieving an annual turnover of 17 million USD. It’s been appreciated for efficiency, reliability and quality of the service offered for over 40 years.

Thanks to the constant attention to the safety and health of workers, Platinum Track Service obtained the prestigious COR award “Certificate of Recognition”- national trademark released by the Canadian Federation of Construction Safety Associations (CFSA) – which has the purpose to certify the “Safety Excellence”, making sure that the company complies with a conduct code and positive practices able to ensure improved efficiency and safety for employees, clients and the final users of the services.

Platinum Track Service – which will continue to operate with its trademark – boasts among its customers, the main international railway players: Metrolinx, Industrial, Canadian National Railway and Canadian Pacific Railway, the latter recently acquired for 23 billion Euros from Kansan City Southern, prelude to the creation of a single railway network of 20,000 miles - 32,000 km – for Canada -USA and Mexico connection.

In the last 12 months, important investments were made by Rossi Group to consolidate its leadership and boost competitiveness on the national and above all, international market. Like in France, with the acquisition last fall, of Delcourt Rail, one of the main companies of Delcourt group, operating - with its 230 employees and 41.5 million in the balance sheet – in the railway building and maintenance sectors.

Like in Italy, in June, with the acquisition of the first tranche of 60% of the share capital of Cenedese S.p.A., historic company operating in the railway building and armouring sector in Treviso, which counts with 120 employees and a production value of about 20.5 millions in 2020. Transaction that – will be completed by 2025 by purchasing 100% of the capital – and contributes to further boost Rossi Group in the segment of railway maintenance.

The acquisition of Platinum Track Service Inc. in Canada is among the strategic investments to consolidate and develop the Group also in the Canadian and North-American market, allowing to expand the offer of services and overall capacity.

With an area of almost 10 million square metres, Canada is the second largest country in the world after Russia. The boundary with USA, with its 8,893 km, is the longest land boundary between two Countries, in the world. The population consists of 38 million inhabitants, half of them living in ten main cities. Consequently, the transport system based on the remarkably strong intermodality between land, air, sea and fluvial networks is of continental scale.
The railway was introduced in 1836 in this context, with the first line - Champlain and St. Lawrence Railroad – with the train pulled by “La Prairie”, steam locomotive fed with wood.
As in the United Stets, the train had the task in the 18th Century, to overcome the barrier of distances: the construction of the lines from coast to coast, of the main routes towards the North and connection routes towards the South with the USA, has slowly relied on the railway that today counts about 60,000 km of operating lines. 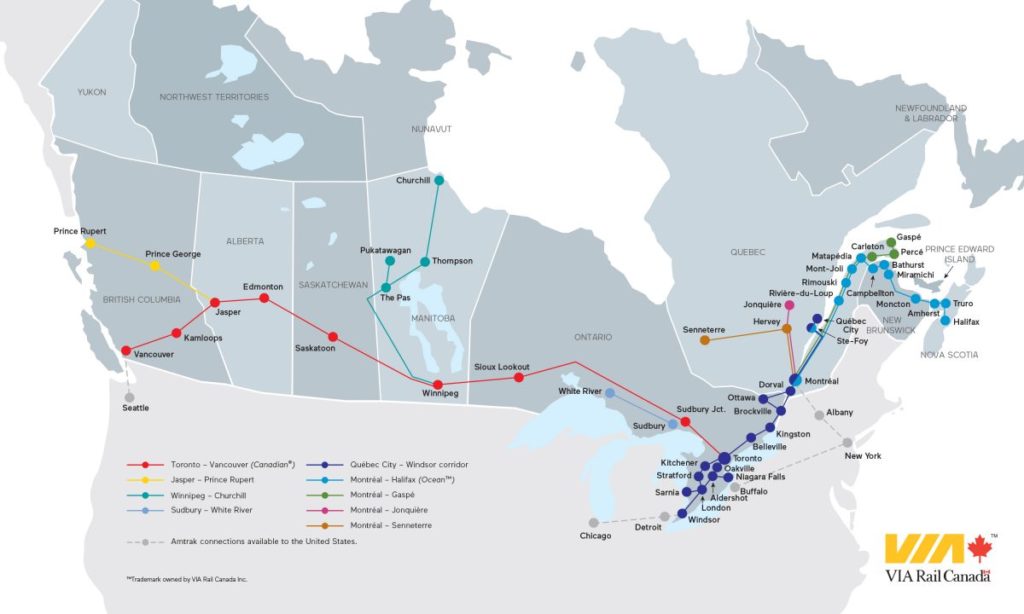