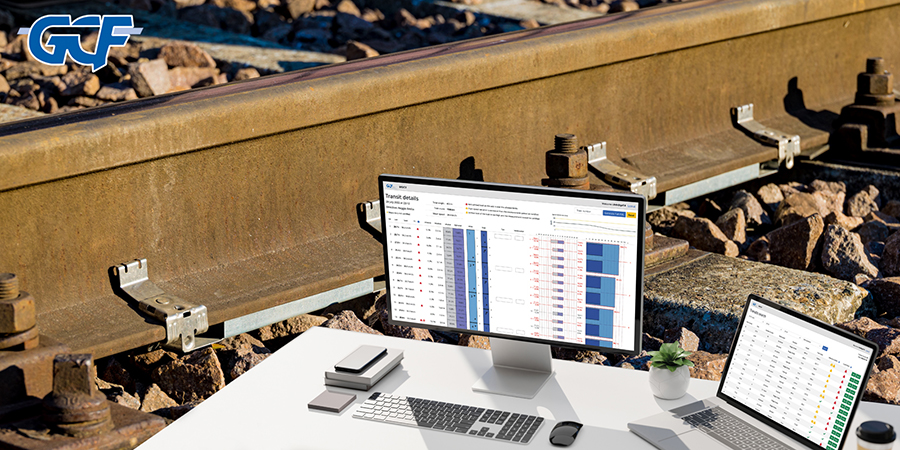 Official debut for MOCV, the innovative system developed by GCF that allows weighing trains in transit. The debut in Berlin, in an exceptional setting: the 13th edition of Innotrans, the main international trade fair for transport technology, scheduled for September 20th-23rd.

Developed by GCF’s Research and Development Division, MOCV – acronym for Optical Measurement of Vertical Loads - is an additional modular app of NeuRAil System, the predictive diagnostic framework that renders railways safer and more intelligent thanks to digitalization.

Like the first one conceived - COGI, intended for the Optical Check of Insulating Joints - MOCV is also based on an architecture able to exploit and optimize all the advantages offered by optical fibre: magnetic acquisition nodes that can be easily hooked to the track featuring optical fibre sensors are connected to the ridge through plug-and-play connection systems, transmitting pulses to an elaboration node able to obtain data in real time and display them immediately to the maintenance operator who can interrogate the system through particularly user-friendly web interfaces.

The “added values” of NeuRAil system in functional and economic terms, are obvious, regardless of the type of diagnostic module configured: the sensors used – magnetic, easy to install and remove- are passive, in optical fibre and do not require power: they are inert to signalling interferences and traction current; they are not visible during ordinary maintenance works of the armouring and the airborne line and “immune”, meaning they can be used in any environmental context, even in unfavourable conditions (mud in tunnel, ice, dust, etc...).
“Last but not least – explains Marco Renzetti, engineer of GCF’s Research and Development Division – they are reliable: measurement precision is guaranteed and does not degrade over time. The weigh is estimated by implementing Machine Learning models specifically developed for this application”. 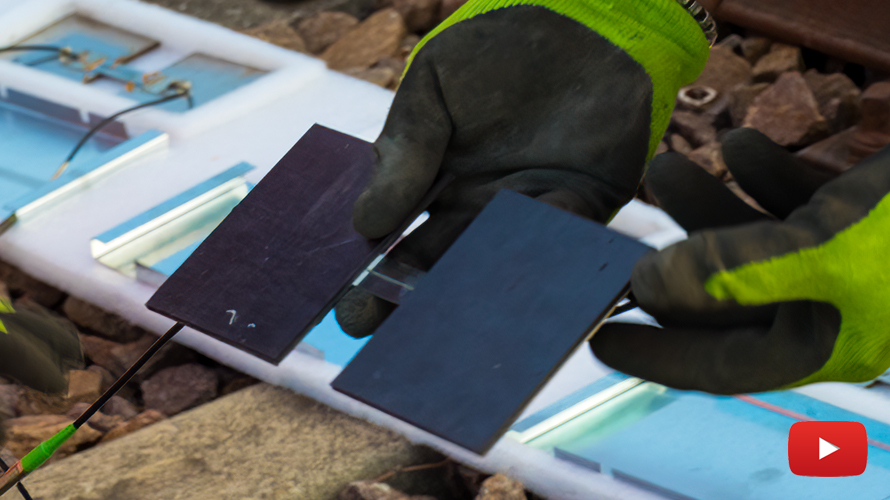 With respect to MOCV, the “typical” configuration – four “triplets” of sensors installed on a flat and straight section, long about 15-20 metres – is able to detect a particularly detailed identikit of the train in transit like mass, speed, direction, number of axles, wheelbase and length of the convoy, in addition to the load of the wheel, axis, carriages and each wagon. Lastly, in terms of safety, MOCV is able to provide indications about potential overload and axial and longitudinal unbalance of each wagon. The information is provided in real time and with high detection precision (the average error is less than 5%), tested at variable speed from 10 to 50 km/h.

The web interface, that can be customised, allows tracking the single convoys and, as set forth by EN 15654-1 standard, to generate an XML report upon each transit.

MOCV system, thanks to the high-resistance magnets, can be easily installed without having to replace the track or performing cumbersome works, hence it is particularly convenient. Tested for many months at four different sites, it is precise and effective and gained the validation by accredited and independent certification Bodies, resulting compliant with EN 15654 standard.

The “red carpet” in Berlin will allow GCF to propose this system among the “world novelties” that other operators worldwide will be presenting at Innotrans, the leader world trade fair of transport technologies.

InnoTrans is the main international trade fair of transport technologies and takes place every two years in Berlin. The fair consists of five trade sectors (Railway Technology, Railway Infrastructures, Public Transports, Interiors and Tunnel Construction) and occupies all 42 pavilions available at the trade district in Berlin, for an overall area of about 200,000 m². A peculiar characteristic of InnoTrans is its outdoor exhibition area, featuring over 3,500 metres of tracks for the exhibition of convoys, operating machines and high-speed trains.
Over 3,000 exhibitors arrived from more than 60 Countries for the 2018 edition that welcomed about 170,000 visitors and qualified operators coming from 169 Countries. The 2022 edition to which GCF will participate, at the usual Stand 100, Hall 268, will be full of novelties (over 250 premieres: a sort of “world tour innovation”, as underscored by the organizers).

For more details on NeurAIl: