The 15.4 km long Ceneri Base Tunnel is the second largest railway tunnel project in Switzerland after the Gotthard Base Tunnel.

Now that the Gotthard Base Tunnel is in use, it is only by finishing the Ceneri Base Tunnel that the New Railway Link through the Alps (NRLA), the continuous flat railway that will link Northern and Southern Europe with a High Speed/High Capacity line, can be completed.

GCF's work on the Railway technology batches includes the design, development, building, delivery and laying of the track on concrete and ballast. The completion of this railway superstructure work is set for July 2019.

To the south of the Gotthard Base Tunnel, on the line that passes through the Swiss Alps, the Monte Ceneri Base Tunnel, in the Canton of Ticino between Bellinzona and Lugano, stretches for 15.4 kilometres from the north portal at Vigana (Camorino) to the south portal at Vezia. An integral part of the NRLA, it has been built by AlpTransit Gotthard AG – a wholly owned subsidiary of the Swiss Federal Railways (FFS) – who commissioned the project under a contract with the Swiss Federal Government.

Like the Gotthard Base Tunnel, the Ceneri Tunnel also consists of two single track bores with a 7.5 m diameter placed up to approximately 40 m apart and interconnected every 325 metres by cross passages.
The entire Ceneri tunnel system extends for 39.8 kilometres.
It has a maximum longitudinal gradient of approximately 8%: from the lowest point at Camorino, a difference in height of 110 m must be overcome to reach Vezia.

GCF and the railway superstructure of the Ceneri tunnel

Superstructure work on the Ceneri Base Tunnel and the new above-ground routes to the north of Vigana will begin in July 2017, as soon as the construction work which is under way in Camorino has been completed.

The railway superstructure for the two tunnel bores – except for a small first section at both portals – will be implemented on a concrete platform and LVT (Low Vibration Track) blocks, as already used on the Gotthard Base Tunnel.

North of Vigana, on the other hand, the superstructure for two single-track viaducts over the A2 motorway and the Lugano-Locarno spur-line link – above-ground sections – will proceed with the laying of tracks on a ballast railbed.

Work will last for 12 months from July 2017 to July 2018. The Technology Batch will follow and will equip the Ceneri tunnel with all the necessary utilities (contact line, power, telecommunications and radio, fire protection and ventilation) and finally, testing. The Ceneri Base Tunnel will become operational in 2020. 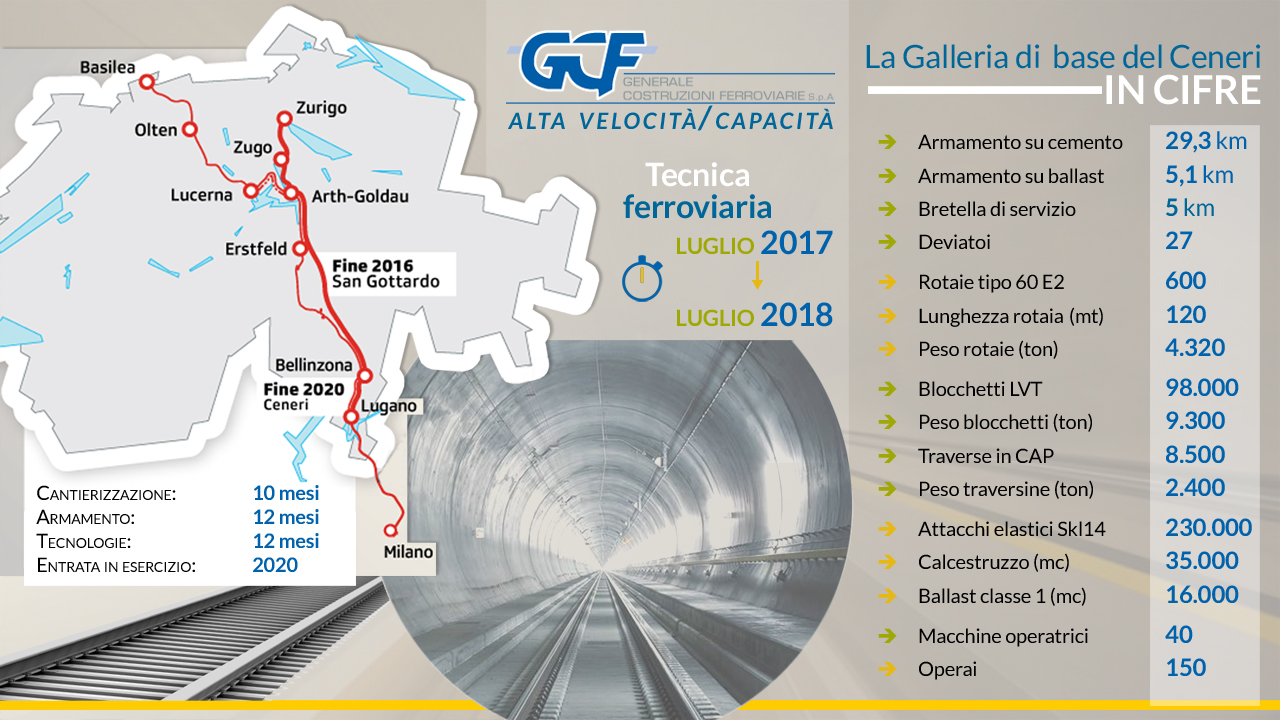 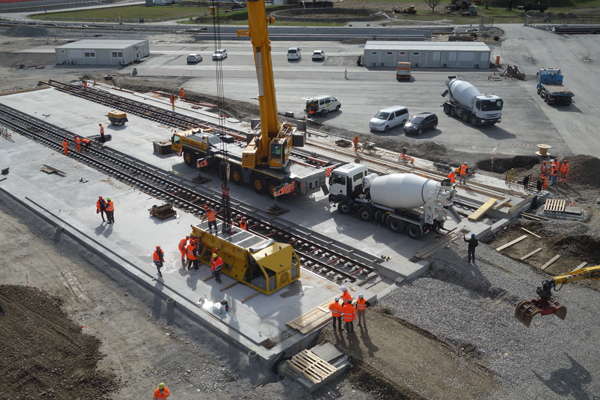 Ceneri Base Tunnel and the New Railway Link through the Alps: details AlpTransit: the New Railway Link through the Alps project The Gotthard Tunnel in 3D The NRLA seen from above Superquark: the Gotthard Base Tunnel