A double track loop of 15.2 km which intersects 17 new stations and connects to the current subway and railway system. Cityringen is the name of the new M3 line of Copenhagen metro, the Danish capital that has been representing for years – with motto “Copenhagenize"- the best European example of urban intermodality suitable for bicycles.

The new Cityringen, fully underground and completely automated, can sustain a traffic of 350,000 passengers every day, 24/7 for a total of 130 million users a year. The design goal is that the city must be accessible by anybody from a subway station in the radius of 500 metres. This way, it is calculated to increase the share of users of the public service by an additional 25% with consequent, drastic leaning of the urban traffic and reduction of CO2 emission. The subway loop will contribute to make Copenhagen, the first “carbon neutral” capital in the world by 2025.

The contract of over 2 billion 850 million Euros was awarded to the top Italian companies: Copenhagen Metro Team consortium led by Salini Impregilo for civil works; Ansaldo STS for railway works, signalling, maintenance and rolling stock. GCF - Generale Costruzioni Ferroviarie was awarded the task to build an innovative railway system along the entire track and an additional northern extension of Cityringen.

Denmark and the subway loop of the century

It is considered as the project of the century in Denmark. Not only because it is one of the major contracts for public works that has ever been stipulated in Denmark. Cityringen loop subway will bring a real infrastructural revolution to Copenhagen: the biggest in the last 400 years, since the famous Christianshavn District was built.

Two twin galleries, of diameter of almost 6 metres, run parallel for about 16 km underground until a depth of 40 metres, higher than the Tower of Copenhagen. The two tracks form a double loop that crosses 3 large “service stations” featuring exchanges and parking tracks and 17 new stations fully underground, excavated to an average depth of 20 m beside monuments, churches, historic buildings, squares and streets among the liveliest and crowded of the city. 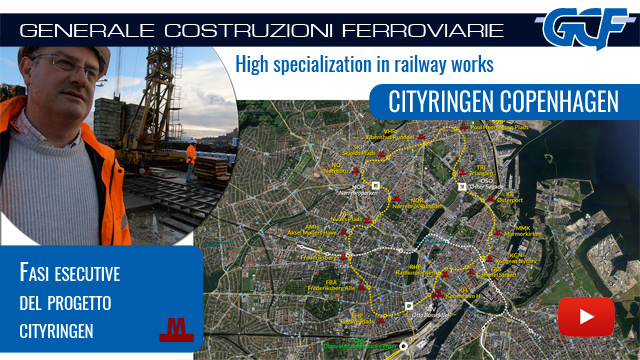 The new loop will feature various connection points with the existing intermodal transport system: at Kongens Nytorv and Frederiksberg stations with the two subway lines M1 and M2 inaugurated in 2002; at Copenhagen H, Østerport and Nørrebro stations with the railway network and in particular, the 7 S-tog lines – metro railway networks that connect the city and hinterland.

An additional double section of about 2 km connects the subway link to the CMC, the Control and Maintenance Centre; on an area of 90,000 square metres, there are the Headquarters, offices, washing centre, manoeuvring and parking areas of vehicles. Lastly, a North-East section develops the subway connection for an additional 2.3 km of line towards Nordhavn area.

Below: Cityringen Construction sites in Copenhagen, lowering of GCF portals in the tunnel

The innovative choices for the railway construction.

The subway line instead, with regards to the connection section and tracks in the two single loop sessions, was built with the innovative Slab Track technology made with LTV blocks (Low Vibration Tracks) embedded in locking concrete casting.

A building type recently adopted also by the Swiss construction site of Generale Costruzioni Ferroviarie that will look after the railway construction of the Galleria di Base del Ceneri, on the high-speed flat line connecting North and South Europe. “It is a coherent and effective choice – explains Engineer Francesco Costa Medich, from Turin, Director of GCF’s construction site – in line with the design goal to minimize vibrations and therefore, the noise caused by the transit of vehicles below sensitive city areas".

Below: Pre-assembly of the track in CMC construction site. Cityringen Copenhagen.

Building method, process phases, equipment and machinery used: each element of GCF construction site was designed, evaluated and chosen based on manoeuvring spaces, overall sizes of the work and difficult logistic conditions. “GCF team – underscores Engineer Costa Medich – proved to be extremely skilful and flexible in studying and defining in the finest details, with the client, the best building method according to the design. Since the beginning, the goal was to find solutions to minimize risks of lack of production since it is fundamental for a challenging project like Cityringen, to comply daily with the provisional programs despite the great logistic and coordination difficulties”.

Many technical and organizational solutions conceived and developed by GCF for the construction site of the Danish capital. For example, the construction external pre-assembly system that allowed ensuring stock in Copenhagen and therefore, to keep constant the daily production in the tunnel, also during unforeseen situations. The concrete casting procedures and techniques, for which special “portals” were developed that, fed by cement mixer circulating on the already built track, allowed avoiding to pump concrete in the tunnel: “The only possible access points - explains the Site Manager - were consisting of the future stations, 1 km away from each other. This would have implied horizontal pumping for lengths up to 600-700 m: a high risk option that we preferred to avoid”. A similar system, properly modified and “boosted” in terms of power, was adopted successfully by GCF for the high-speed railway construction in the Base del Ceneri Tunnel.

Below: installation and construction of the track

Adjustment of the track and concrete casting before the last phase of GCF’s activity to build the Copenhagen subway: construction of the third track. An additional loop of about 16 km that runs parallel to the track in each of the twin tunnels, feeding Cityringen’s automatically driven vehicles.

Its construction is a delicate and complex operational phase for GCF’s construction site, based on the meticulous prior patting of temperatures detected point by point in the tunnel. “After building the third track - explains the Team leader Gaetano Franciosa - the individual adjustment of each of the 350 joints was calculated on this map that, inserted at a distance of 120 m from each other, will allow compensating the dilations due to thermal changes”.

Cityringen’s construction site is a lively village in the city: 22 external construction site areas that end up in the city centre and over 1,500 employees that work every day in the double tunnel which has a single access point, fairly crowded by manoeuvring vehicles, for the supply of “heavy” building materials. Over 4,000 rails were handled for the railway construction, each mounted on 26 LVT blocks: about 20,000 tons of materials.

The Site Manager, Engineer Costa Medich, has no doubts when asked to mention the most challenging aspect of Copenhagen construction site: “Certainly the great organizational effort required daily to coordinate all stakeholders and relative work programs, synchronising and rendering lean and constant, through the only access door, all the supply and handling operations of the countless machines and large quantities of materials”. Along the "Functional Section" of the Cityringen, subway vehicles are already in operation since a few months for the strict preliminary test phases.

Cityringen, the adjustment phases of the track and concrete casting

Cityringen, Last phase of GCF’s activity: the construction of the third track

Inauguration: a festival for Italian excellence

The new underground railway line Cityringen was inaugurated before a big crowd on Sunday 29th September 2019 by the Queen of Denmark, Margrethe II, at the presence of the top politicians of the Country and city of Copenhagen.

In the Danish capital, 85% of the citizens will have a metro station in the radius of 600 metres. A fleet of 39 driverless trains, completely automated and without driver, will carry up to 75 million passengers a year, with a frequency up to 75 seconds. The work, one of the most important European projects of sustainable mobility that candidates Copenhagen to become by 2025, the first carbon neutral capital in the world, was universally greeted by the media as the “result of the union of Italian excellences in the building and civil works sector (Salini Impregilo, leader), in the railway armouring sector (GCF) and technological innovation sector (Hitachi Ansaldo Sts)”.

The management of Copenhagen metropolitan network will also be entrusted to an Italian company, Società Metro Service A/S, held by ATM (ATM Azienda Trasporti Milanesi) with 51% shareholding and by Hitaci Sts, for the remaining 49%.

Cityringen, the inauguration day and the first trip of the metropolitan loop 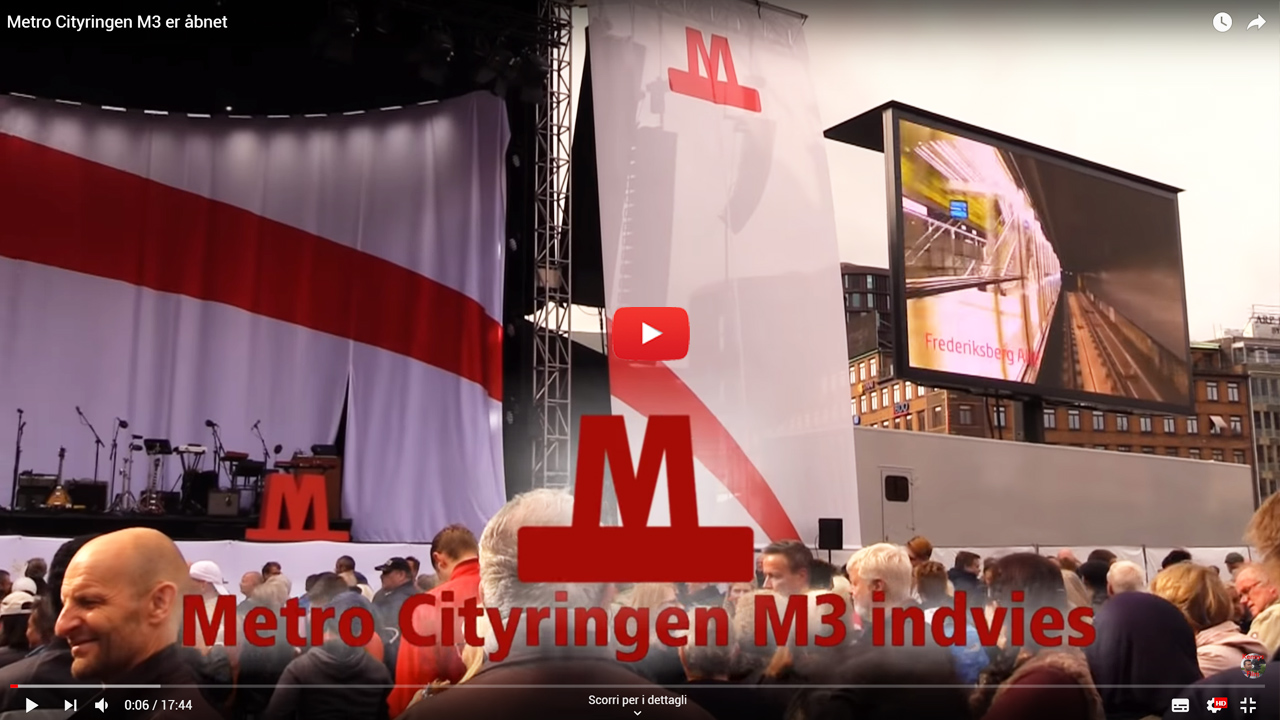 # 1/6 Cityringen: Pre-assembly of the track 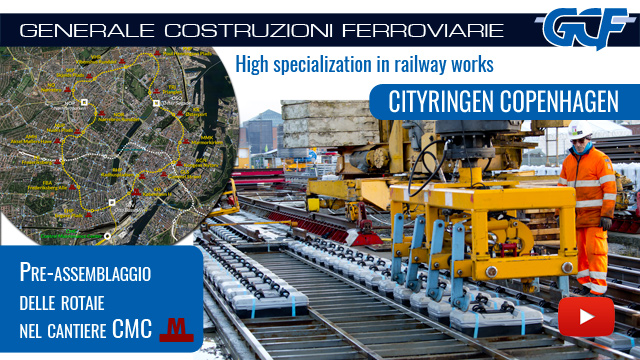 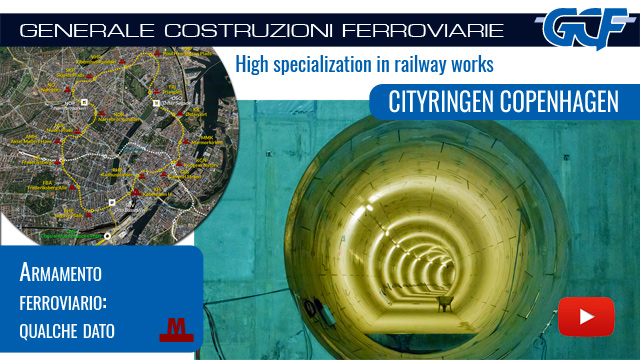 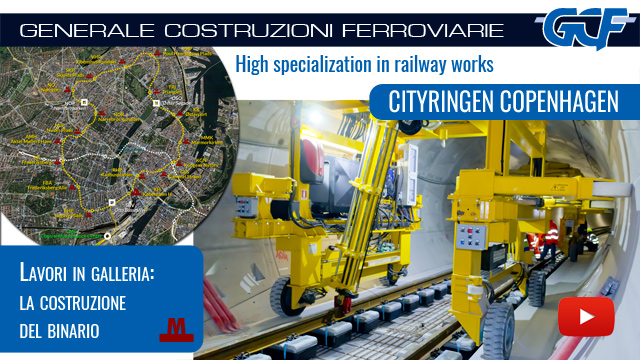 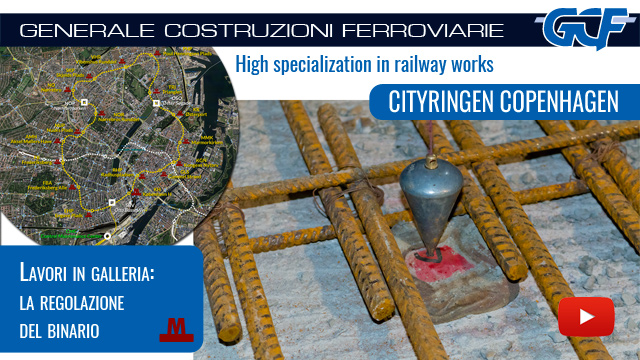 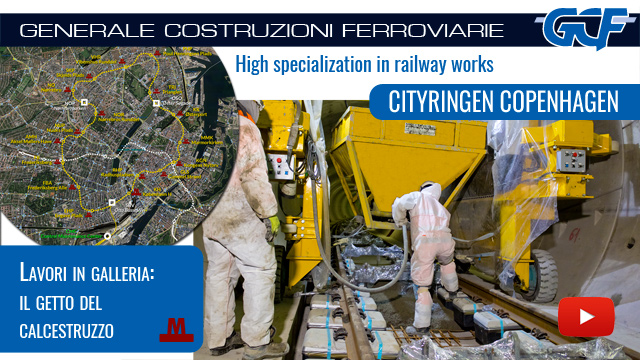 # 6/6 Cityringen: assembly of the third track 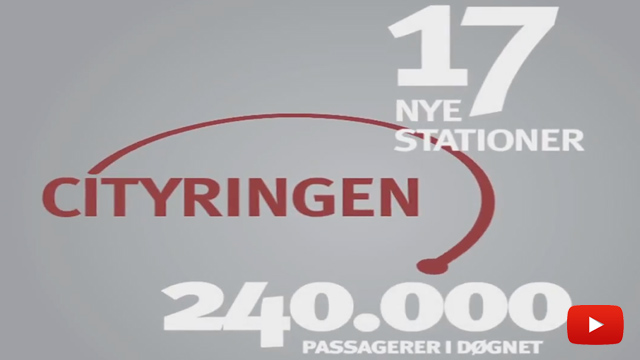 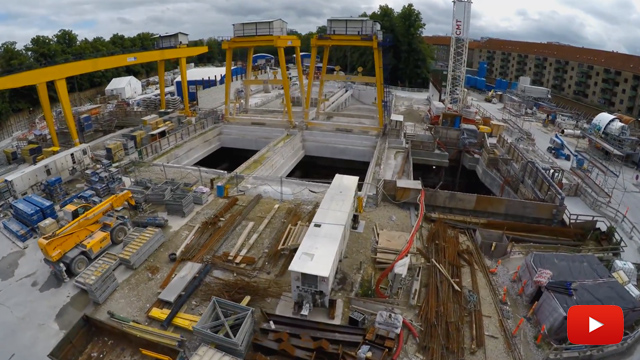 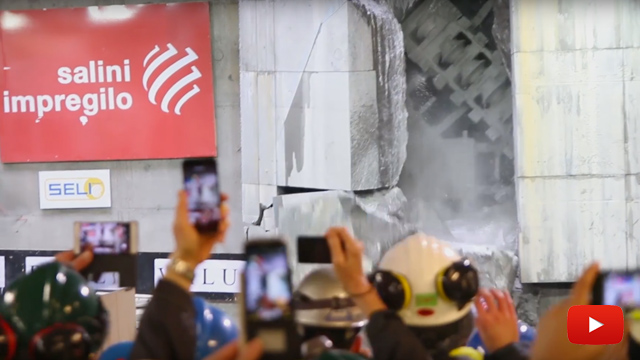 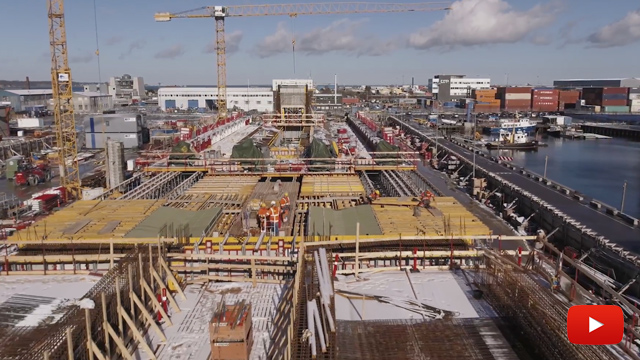 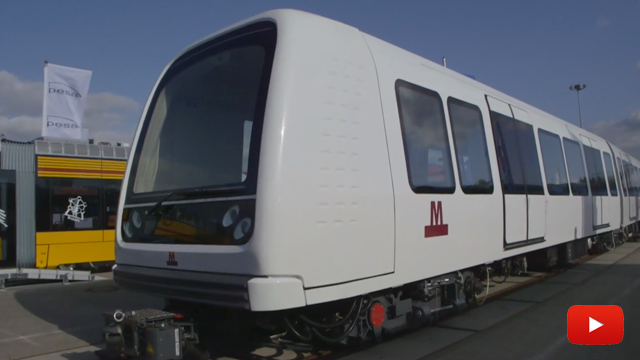 At the heart of TBM “Minerva” 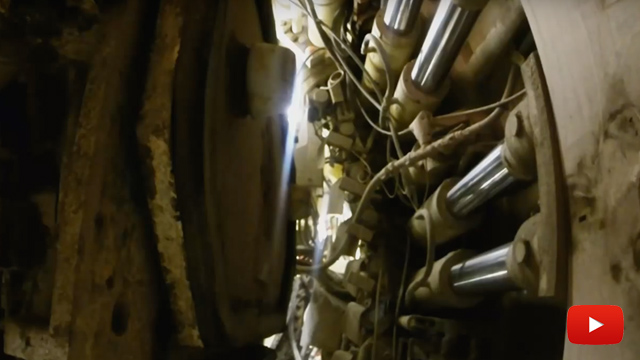