MOCV app, developed in collaboration with Politecnico di Milano, adds to NeuRAIL, the ability to measure the vertical load of every wheel during the transit of a train proceeding at controlled speed.

The measurement, based on the deformation of the rail induced by the transit of a wheel, is made by fibre optic sensors. They are passive, extremely sensitive, reliable and long lasting. The optical interrogator get data at 1kHz from all sensors.

MOCV consists of 12 (or more) sensors installed on a section of flat and rectilinear track for a length of 15-20 metres of rail. Each sensor is installed magnetically under the rail in a section whose geometrical parameters shall be compliant with those reported in EN15654-1.

The baseline configuration is composed by two triple pairs of sensors. Such configuration allows to measure the train speed with accuracy of 0.2 km/h.

MOCV system is designed in compliance with UNI EN 15654-1 standard and can be certified on-site in accordance to UNI EN 15654-3 standard.

EASY TO INSTALL thanks to the anchoring with high-retention magnets, it is possible to install the sensors without replacing the track or performing invasive operations on the existing track.

REMOVABLE through simple mechanical tool, without leaving “traces” on the track

AVAILABLE FOR LONG DISTANCES from the acquisition point

REDOUNDED, the system is able to work also after a single or double failure on the sensors’ network

Studies at various level of completion are underway, on the following topics:

Load estimation is achieved by implementing a field-validated machine learning algorithm in accordance with EN15654-3.

It is also possible to detect measures concerning the carriage’s axial and longitudinal unbalance. 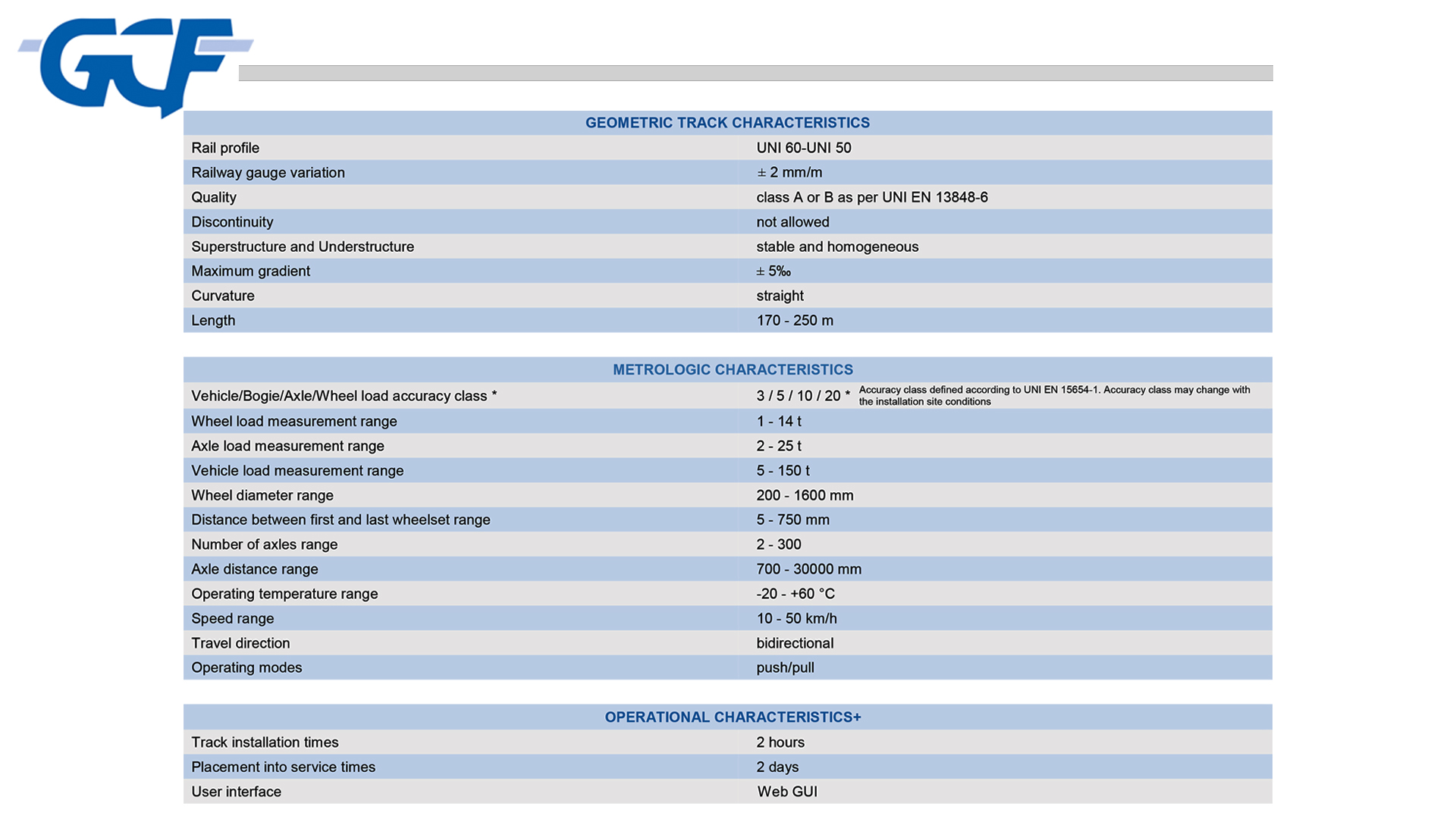