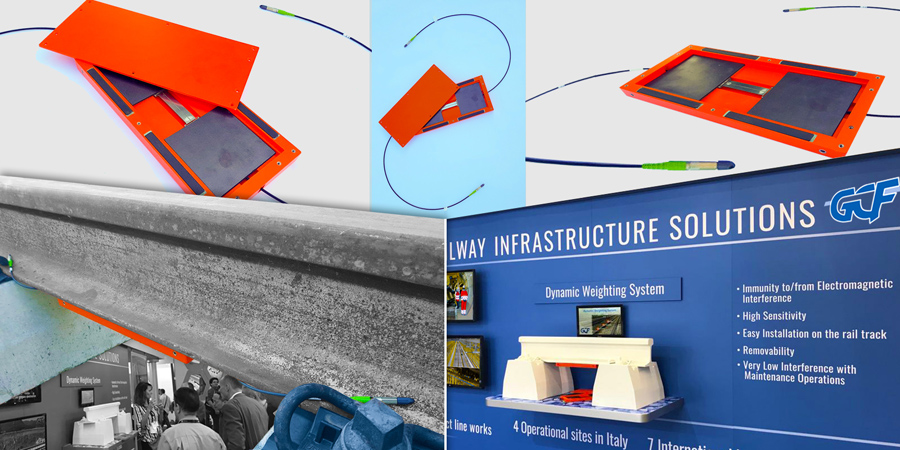 Recently unveiled at Innotrans in Berlin, it aroused a great deal of general interest. Visitors to the trade fair were impressed by the fact that the Dynamic Weighting System, which is used to measure railway track loads and has been developed by the GCF R&D Department with collaboration from the Sapienza University of Rome and Milan Polytechnic, is accurate and reliable as well as lightweight, versatile and easy to install.

Based on a network of 10-12 optical sensors magnetically attached to the existing rail, the innovative track load weighing system is far less complicated and invasive than traditional systems – which are essentially based on replacing an entire section of track with purpose-built sleepers and rails – since it can be installed anywhere in just half an hour.
This competitive advantage can be gauged in terms of saving money, which is important for network operators or freight transport companies for whom train weighing is essential for both commercial and regulatory reasons, as well as for safeguarding the safety of the infrastructure and traffic.

However, interest in the Dynamic Weighting System is not limited to how practical it is to use. Its accuracy and reliability are also important. “The photonic technology it is based on", the engineer, Elisa Duca, from the Generale Costruzioni Ferroviarie R&D Department explained, "can guarantee 100% reliable measurements with a resolution of approximately 0.7 micrometres when measuring the length of the track at the point where the wheel passes over, a sampling rate that can reach up to 1000 samples per second and a resolution when measuring the load of 100 kilograms.”

What is particularly important is that the optical sensors do not need a peripheral power supply and are therefore immune to electromagnetic interference; they are also independent of the state of light polarization, one of the main causes of distortion at the source of the signal in areas that are exposed to vibrations.

The entire network of sensors is connected with fibre optic cable to a data collection device that can be up to 30 kilometres away and, with its special high performance connectors designed to withstand extreme environments (the same ones used for missions on Mars), it can transmit without losing huge amounts of data.

Once it has been installed and calibrated on site using a train with a known weight, the weighing system which is constantly monitored by software developed by GCF, detects when a train is passing and opens a data acquisition and transmission window in real time at the data processing centre which analyses the data and stores it in a database.
“The Sapienza University of Rome", Elisa Duca went on, "has helped to develop the system by providing the theoretical analytical model that is responsible for transforming the complex equations that control the dynamics of the rail that is subjected to the loads into algorithms. On a machine learning level, on the other hand, we have collaborated with Milan Polytechnic which was responsible for optimizing the calculations.”

By using the weighing system, we can detect any differences in weight in the trains that are in transit with a margin of error of below 2%, and then also check any differences on the track rather than the train. In this way, the system can also alert us of the need to carry out any maintenance work on the track.
“This is an indirect result", Elisa Duca stressed, "but any important one all the same. For our Department, the development of this dynamic weighing system has been a sort of test bench which, since it is to a certain extent more straightforward than other areas of application, has helped us to tackle and resolve a number of important issues regarding the architecture of data communication, collection and processing. We are already using this experience and expertise to rise to the challenge of more complex diagnostic systems based on similar technologies.” 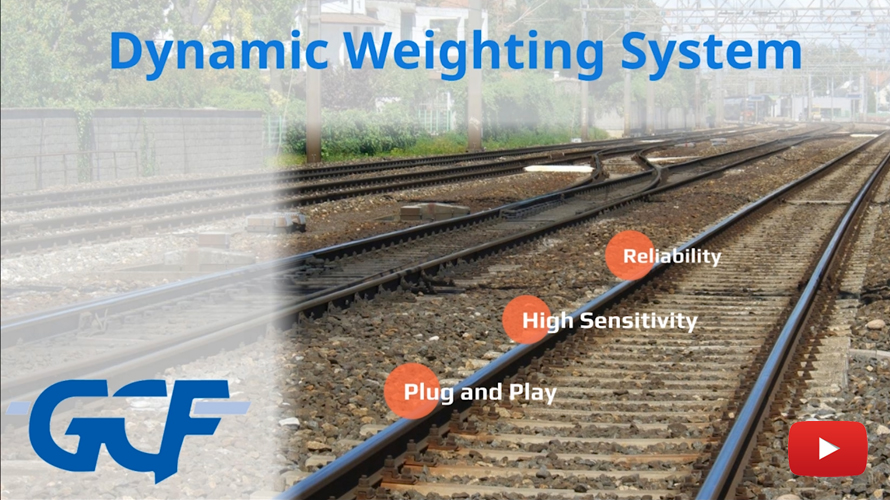