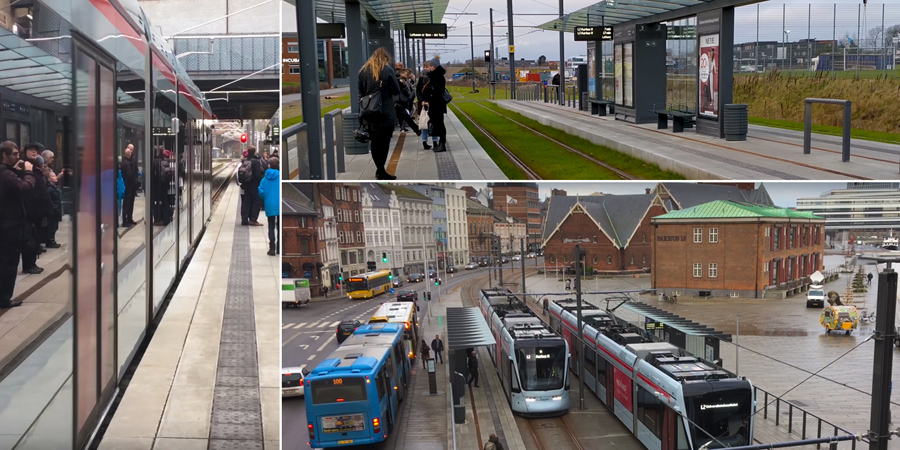 The first light rail system in Denmark is now up and running.

This is the first light rail system in Denmark and a strategic infrastructure for the development of Aarhus, Denmark's second largest city by population, and the whole Central Jutland region.
For GCF it has been an important, challenging urban transport site and one where its skills and expertise and the ability to find solutions and implement them in a very short time have played a very important part. The official opening and operating of the urban section have put a winning seal on the project; the next extra-urban stage is now under way and will be completed by the end of the year when 100 kilometres of renewed railway line will be delivered.

The Aarhus Light Rail Transit project (or Aarhus Letbane), approved by Parliament in May 2012 and contracted out in September 2014, is managed by a public company owned by the city of Aarhus (47.2%), the Danish Government (47%) and the Central Denmark Region (5.8%).
For the urban part, GCF has built a 15 km long double track light rail line, partly on concrete and partly on ballast, with 19 new stations and an innovative Control Maintenance Centre (CMC) with Network Control Centre offices, maintenance workshops, approximately 2 km of track and a covered depot for the new trams and tram-trains.
The international consortium ASAL, made up of Ansaldo STS, Stadler and GCF - Generale Costruzioni Ferroviarie, is now working on the extra-urban section and the renewal (catenary and signalling) of two existing local railway lines, one running 70 km north of the city to the port city of Grenaa and the other, which is 30 km long, connecting Aarhus to the city of Odder in the south.
The contract which has been awarded to the ASAL consortium is worth 325 million euros.

"For the urban section," Roberto Rocca, GCF Director of the Danish worksite in Aarhus, explained, "we started the track work in May 2015 and delivered the new light railway 27 months later, in September. Logistics was a very important on the site because of the need to strategically organize and manage heavy goods vehicles and large supplies of materials and concrete right in the heart of the city and minimize the impact on traffic."

Over 13,000 cubic metres of concrete were transported by 1,740 cement mixers in the midst of the city's traffic. Every possible ploy was used when laying the 60 kilometres of track and 46 points crossing 14 large road junctions to avoid stopping the traffic: “car traffic was reduced to a single lane or work was carried out at night time," GCF management in Aarhus explained, "and to safeguard the bicycle traffic which is particularly intense here and must be guaranteed at all costs, special bike lanes were built which skirted the worksite.”

The casting and laying of the track on concrete slabs (15 of the 30 kilometres of the double track city line) was challenging and involved resorting to innovative solutions not so much because of local climatic conditions (with winter temperatures often below zero) but, above all, the environmental impact. “To comply with vibration and noise requirements" Rocca explained, "floating slab track solutions were used as well as anti-vibration mats, all covered with a grass finish or types of paving stones that fit into the various urban architectural contexts."
Last but not least, the Control Maintenance Centre built by GCF and connected to the Central Station in Aarhus is particularly important as far as its design and execution is concerned. It is an area extending over 5,200 square metres with 2 km of track on ballast and offices, workshops, a parking area and a covered depot which can house the fleet of trams and tram trains supplied by Stadler - 14 Tango trains and 12 Variobahn trams.

The Aarhus project's main task is to decongest the city traffic and contribute to the development of the main city in Jutland which is also the European Capital of Culture 2017. By 2030, housing is expected to rise from 50,000 to 200,000 units, 50,000 new jobs will be created and the university student population is expected to rise from 40,000 to 6,000.
On an environmental level the Aarhus Light Rail project, which is also financed by the European Union and the EIB, will save 47 gigawatts of energy per year and reduce CO² emissions by 7,300 tons per year. 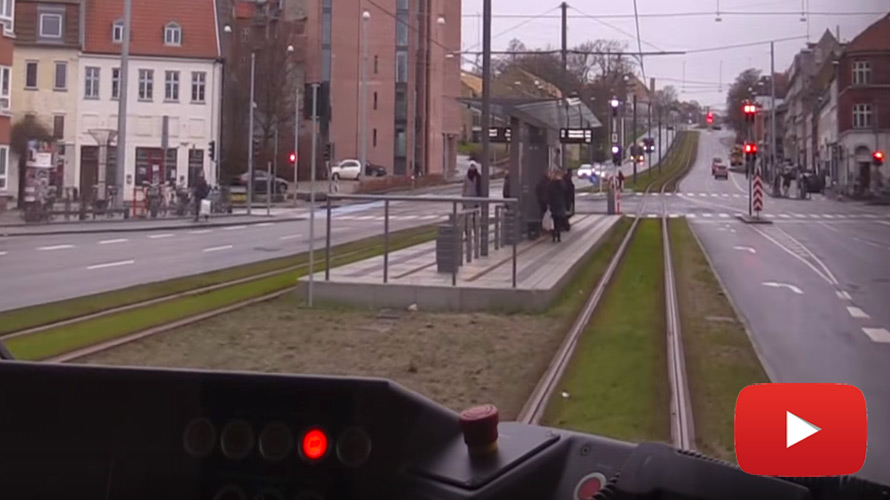 Information on the Aarhus site