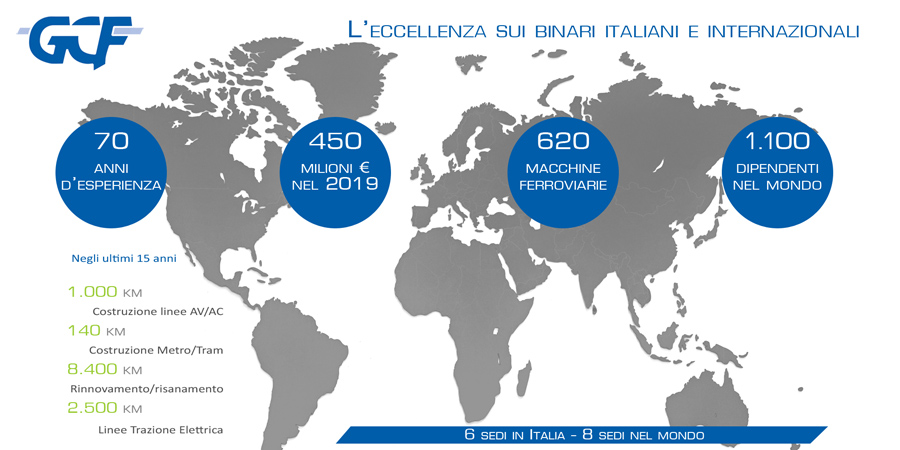 GCF - Generale Costruzioni Ferroviarie announces the acquisition of the share capital of Cenedese Spa, historic railway construction and armouring company from Treviso.
The transaction falls among the corporate development and consolidation strategic investments of Rossi Group in the national railway construction sector and in particular, in the maintenance sector.

Cenedese S.p.A., founded in Treviso in 1925 by forefather Annibale, handed down from father to son, reached its fourth generation. Since the beginning, in the ‘30s, it linked its name and professionalism to some building works of particular architectural value, such as GIL and the Stock Exchange Building in Treviso, which were both destroyed during the Second War World.

In the following decades, management and operational choices led Cenedese to be a prime stakeholder in the national railway market, operating in the construction of important railway lines and connections, in the renewal of numerous cableways, construction of port and inter-port terminals, maintenance of railway and underground railway sections.

In constant growth for 96 years, Cenedese S.p.A currently counts on 120 employees and a production value of about 20.5 million Euros in 2020. The headquarters in Sant’Elena di Silea, a few kilometres from Treviso, nestled in the countryside facing the Sile River, are also used as logistic base and deposit to store the numerous machines, and warehouse and operating centre for the development of projects.

The purchase agreement also foresees the current 60% shareholding, and the purchase by GCF of the entire share capital, with further purchases of annual shares of 10%, by 2025..

In order to continue the operation, the new Board of Directors will consist of Luigi Cenedese, Tommaso Rossi and Camilla Rossi (Chairman). Until the purchase transaction will be completed, the company from Treviso will continue to operate independently, counting on the new collaborations with Rossi Group.

“The acquisition of Cenedese – proudly announces the Chairman Camilla Rossi – represents a step forward in the growth on the railway maintenance market, allowing us to boost our presence in terms of machines and professionalism. We are proud and aware of the responsibility role that, in particular, this investment involves for Rossi Group, since Cenedese is a company that grew as family business and is also strongly rooted on the territory”.

The acquisition of Cenedese comes only after a few months from the acquisition of Delcourt Group – cross-border company specialised in railway construction, renewal and maintenance – that allowed GCF to consolidate its presence and leadership role in the French railway market, boosting the orders portfolio and the ability to promptly and reliably respond to investment programs in the sector of railway and underground railway infrastructures.
Today, with the current consolidation transaction, Rossi Group aims at boosting its role of solid and reliable interlocutor for clients and infrastructural projects of the national railway sector. 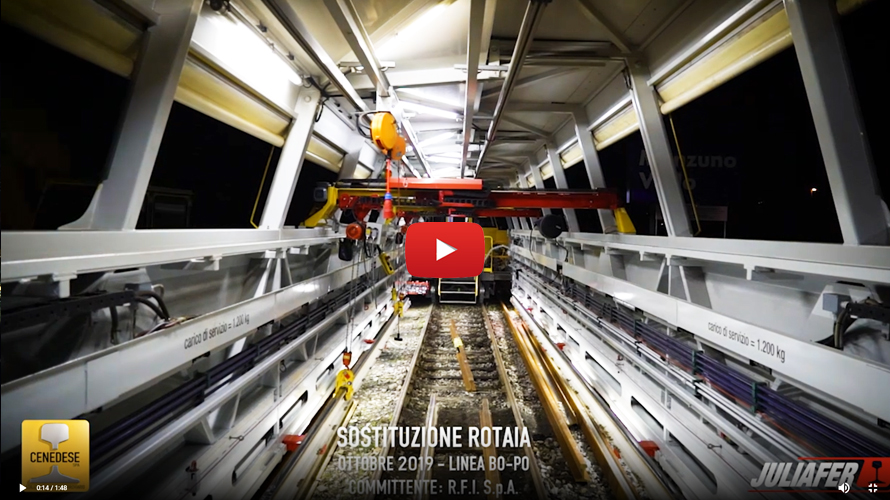